The Importance of a Christian Home
by Rev. David T. Myers

His wife, Jane, had been raised a Roman Catholic.  Her brother even became a Jesuit priest, so it was surprising when Jane left the Roman Catholic church in her teens.  Apparently her reason was to preserve her virginity from a lecherous young priest, though sadly her parents sided with the church and abandoned her.  Finding her own way, she began to work in a dressmakers shop, and also began to attend a small Methodist church, where she met Theodore Barnhouse. They married and a strong Christian family began its existence. 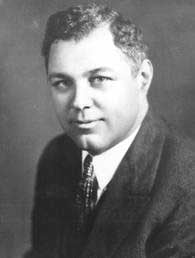 As they say, “the rest is history.”  Donald Grey Barnhouse would spend the greater part of his 33 years ministry as pastor of Tenth Presbyterian Church in Philadelphia.  What began as one family’s faith continued and grew in Donald’s life and ministry until the fruit of that ministry influenced thousands of others in their faith and life, down to this very day. But it all began with that one little Christian home and a father who was faithful in leading his wife and children.