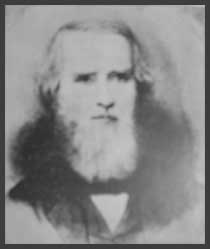 The history of the Reformed Presbyterian Church in Randolph County, Illinois, goes back to the year 1818.  To the Rev. Samuel Wylie belongs the credit of the planting of the church.  He was born in County Antrim, Ireland, February 19, 1790; came to the United States in 1807; entered the University of Pennsylvania, where he graduated in the class of 1811; prepared for the ministry in the Theological Seminary at Philadelphia, under the care of his uncle, Dr. Samuel Brown Wylie, and was licensed to preach in May, 1815, at Philadelphia, by the Middle Presbytery.

In the summer of 1817 he visited various places in the West, passing through Illinois and continuing his travels as far as Boonville, Missouri.  One his return he again passed through Illinois and spent the winter in supplying the vacancies in Tennessee and South Carolina.

At the meeting of the Synod in Pittsburgh in the latter part of May, 1818, he reported his travels and the prospect for church extension in the West.  Synod ordered the Middle Presbytery to take him on trial for ordination, and he was accordingly ordained in Pittsburgh, PA, on the 2nd of June, 1818, and sent as a missionary to Southern Illinois.  Mr. Wylie reached Kaskaskia the last day of July following and immediately entered upon his work.

The field of operation at first was Randolph county, though it afterward embraced parts of Perry, Washington and St. Clair.  A number of families belonging to the Associate Reformed church in South Carolina had moved into the county early in the [1800’s], and made a settlement near the present town of Preston.  They had been organized into a congregation by Rev. S. Brown, of Kentucky, a number of years before Mr. Wylie’s arrival, and being without preaching from their own ministers, by request, Mr. Wylie made his principal preaching place with them.  Members of the Reformed Presbyterian church began to come in.  James M. Gray was the first to arrive.  He came in October, and was followed immediately by his father-in-law, James Wilson, and family.  They came from near Vincennes, Indiana, where they had lived a number of years after leaving South Carolina.  They first settled near Kaskaskia, but finally located about three miles south of Sparta.

John McDill, Sr., and Hugh McKelvey, from South Carolina, came out in the summer of 1818, and bought land in Township 4—5.  One their way home they stopped in Tennessee with William Edgar, Samuel Nisbet and Samuel Little, who had removed from South Carolina a number of years before, and informed them of the mission begun in Illinois.  They immediately set out for Kaskaskia and purchased land, and Messrs. Edgar and Little moved out in the spring of 1819.  Mr. Nisbet, however, was detained and did not arrive until September.

Mr. Wylie continued to preach in Kaskaskia and in the Irish settlement and among the Covenanters, until the arrival of William Edgar and Samuel Little, when the first session was constituted, May 24, 1819, at James McClurken’s, about six miles southwest of Sparta.  William Edgar had been ordained to the eldership in the Rocky Creek congregation, South Carolina, in 1801, and Samuel Little in Hephzibah congregation, Tennessee, at its organization in the spring of 1815.

This may be reckoned the formal organization of Bethel Reformed Presbyterian Church.  It is thought by some that the first communion was held at that time.

A call was made soon after for Rev. J. Wylie and forwarded to Synod to meet in Conococheague on August, 1819.  The call itself bears not date, but the letter accompanying it bears date June 7, 1819, and is signed on behalf of the meeting by James Wilson and Samuel Little.

The letter urges the acceptance of the call strongly and skillfully.  Synod referred the call to the Western Presbytery, and at a meeting of that court held in Hartford, Indiana, October 11, 1819, it was presented and accepted, and the Rev. John Kell appointed to install Mr. Wylie as pastor.  For some reason the installation did not take place.

Presbytery met in Bethel congregation in the spring of 1820.  The question of Mr. Wylie’s settlement was again brought up, but it was deemed best to wait another year.  At this time a communion was held at Samuel Little’s, and James Munford and James McClurken were added to the session; the former had been an elder in South Carolina; the latter was formerly a member of the Associate Reformed church, and having joined the Covenanters in 18109, was chosen and ordained to the fellowship at this time.

A second call was made out for Mr. Wylie, May 22, 1821.  It was signed by thirty-five members, who subscribed $208 for his support.  The names on the call show the financial but not the numerical strength of the congregation.  It is probably that the number of the membership at this time was about seventy.  The call was presented to Presbytery on the 24th of May, and at length accepted, Mr. Wylie agreeing to give the congregation half his time, leaving the other half to be employed in mission work.  He was installed pastor on the 28th of May, 1821, over the congregation which he had gathered in the field where he had labored nearly three years as a missionary.

At the division of the Church in August, 1833, he became identified with the New School branch of the Covenanter Church, and many of his former flock remained with him, over whom he exercised pastoral charge until his resignation, on account of the infirmities of age, February 20, 1870. He died at his home in Sparta, Illinois, March 20, 1872. He married twice. First to Miss Margaret Millikin, of Philadelphia, Pennsylvania; second, to Mrs. Margaret (Black) Ewing, of Pittsburgh, Pennsylvania. He was a faithful soldier of the Cross, and did much service for his Master in establishing His kingdom upon earth. He was a very acceptable preacher, and, in early times, large audiences of people waited upon his ministrations. He was not a bitter partisan, but always recognized the step which the body had taken with which he was connected. He was a fearless advocate for the cause of the slave, and enlisted the powers of his voice and pen in their emancipation. He served his Church in many important relations, and was recognized as a man of influence, and an able divine.  He published a “History of the Reformed Presbyterian Churches in Southern Illinois,” in the Presbyterian Historical Almanac, 1859. He was honored with the degree of Doctor of Divinity by Washington and Jefferson College in 1868. Rev. Wylie served as Moderator of the 14th Synod in 1830, and later as Moderator of the General Synod in 1850.

Words to Live By:
Reading such accounts, one is struck by the level of hardship and willing sacrifice routinely exhibited by dear saints of a century or two ago. Where is our sacrifice today? What hardships are we willing to bear for the cause of our Lord Jesus Christ? I’m not suggesting that we impose some artificial hardship upon ourselves. That would be a form of asceticism. But I am suggesting that we discipline ourselves to be alert to the needs around us. Learn the discipline of looking to serve others, to be sacrificial of our time, and if needed, of our physical resources as well. But the greatest need is often met by simply being willing to give of ourselves.