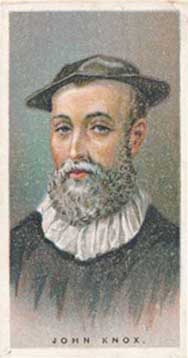 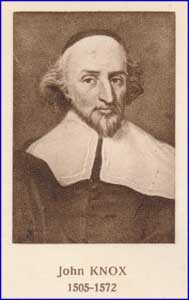 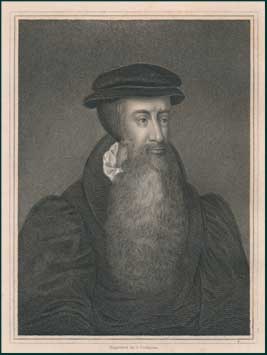 Image sources: Three different conceptions of what John Knox looked like. The first is a bit “unorthodox”—an image from a cigarette trading card, specifically, Ogden’s “Leaders of Men” series, no. 27, issued in 1924. The second is from a postcard bearing only the attribution “A. H., édit.” to designate the publisher. Both cards are among a small collection preserved at the PCA Historical Center. The last portrait of John Knox, shown at right, is the more traditionally known image. Quite the beard there, eh?