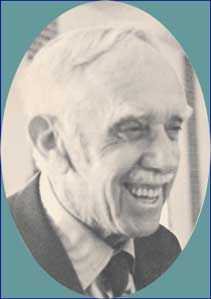 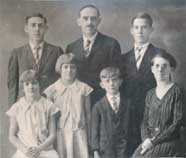 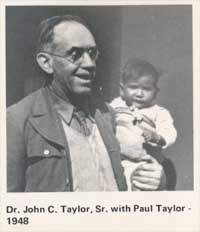 A bit of explanation on that last photo, above: 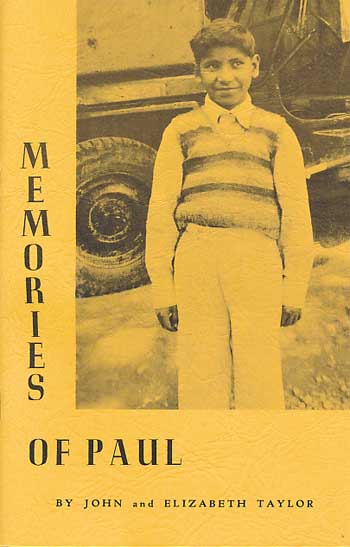 The little boy, Paul, pictured in the arms of Dr. Taylor was their adopted child. In the little booklet, Memories of Paul, Dr. Taylor tells the story of how Paul came to be a member of the Taylor family. He begins:

“It was on February 2, 1948 when a Hindu leper came to us in Roorkee, asking us to take his child. For five months we had been working in Refugee Camps. We were now ready to go back into our own District work. How could we take a small, sick baby at a time like this? It seemed absolutely impossible. Yet, our hearts went out in pity for this poor leper and his child. The father knew, and we knew, that the child could not live if he kept him. Here was a little child brought to our very door. Christ said: “Forbid them not, for of such is the Kingdom of God.” So we took him and called him Paul. He was born September 19, 1947 in Rishikesh (nine miles from our Children’s Home in Bhogpur) where a group of lepers had built themselves little huts on the banks of the Ganges River. They made their living by begging from pilgrims on the street. A devastating flood had washed away most of their homes. In this dire condition most of them became sick and died, among them Paul’s mother. He was two months old at the time. For the next two months the father did the best he could to raise his baby. When he gave Paul to us he turned over an old, rusty cigarette tin, in which there was some dirty, clabbered milk, which he was feeding to Paul. Paul was so undernourished and weak that it seemed to us as though every breath might be his last. We tried to get one of our Christian women to take him while we went to camp, but no one would touch him, even though we offered to pay a salary and provide the milk. So, we took him to camp with us…”