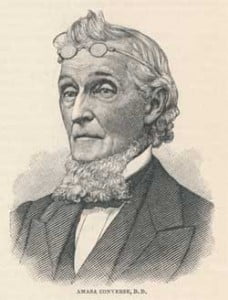 From 1839 and on in to the 1960’s, one family surely set the record for publishing in the news world.  That family was the Converse family and their religious magazine continues to be published on the web in the present day, though others are at the head of it.  The magazine is The Christian Observer.

Ordained by the Presbytery of Hanover in 1826, he became a missionary in Virginia for two years.  But then the door opened for him for what would become his life’s calling in publishing.  He became editor of The Visitor and Telegraph newspaper in Richmond, Virginia for twelve years until 1839.

The Christian Observer came upon the scene in 1840.  This namesake of a magazine absorbed fourteen other periodicals of that day, like the Religious Remembrancer, The Family Visitor, The Religious Telegraph and Observer, The Protestant and Herald, and The Cincinnati Standard.  Its real base was finally established in Louisville, Kentucky.

The Christian Observer was published first in Philadelphia, Pennsylvania from 1840 to 1861.  It was ruthlessly ordered closed by Lincoln’s Secretary of War, Stanton, but a local United States District Attorney rejected the attempt, citing freedom of the press.  Seeing the proverbial handwriting on the wall, Amasa Converse closed up the publishing house in Philadelphia, and opened another one in Richmond, Virginia in 1861, where for the next eight years it was to be used of the Lord to help bring revival among the Confederate Army.  After the war, it moved to Louisville, Kentucky until 1872.

Amasa Converse died in December of 1872, but the work continued under the eldest son, and later other members of the Converse family, until at last it traded hands and came under the oversight of the Edwin Elliott family in the later half of the 20th century.

Words to live by: The power of the printed word, and often in this case, the printed Word of God, can be an effective tool in the hands of the Holy Spirit to point sinners to Christ, and saints to sanctification.  When God calls an individual, and in this case, an entire family of publishers, much good will occur for Christ’s kingdom from such a ministry today.  To this day The Christian Observer continues to be a vehicle for Presbyterian and Reformed ministries, operating now solely as an Internet-based newspaper. 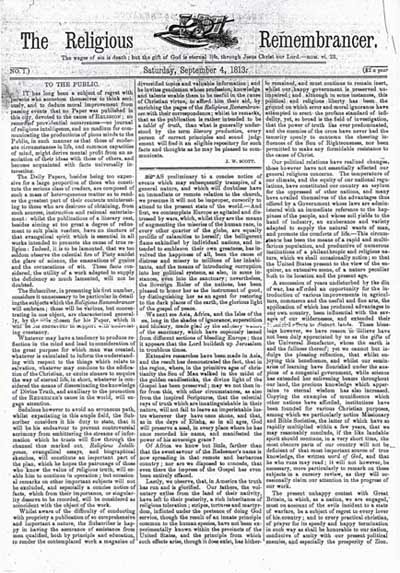