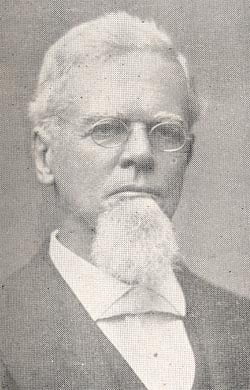 Son of Thomas and Rebecca (Burnley) Mallard, was born at Walthourville, Liberty county on September 7, 1830.

He was received into the Midway Congregational Church on May 15, 1852.

Graduated at Athens in 1853 and at Columbia Theological Seminary in 1855.

Dr. Mallard was taken prisoner at Walthourville on December 14, 1865, where he was temporarily stopping, and kept with other prisoners in pens on the Ogeechee. After the fall of Savannah, he was carried into the city, and for a while imprisoned in a cotton warehouse on Bay Street. He was entertained for about three months at the home of Dr. I.S.K. Axson, as a paroled prisoner, before being finally released.

“That Abominable Thing,” in The Homiletic Review 36.422

“Reconciliation by Death—Salvation by Life,” in The Homiletic Review 33.505

“The Institutional Church Not the Ideal Church,” in The Homiletic Review 33.84

“The Service of Prayer,” in The Homiletic Review 40.90