The Danger of an Unconverted Ministry 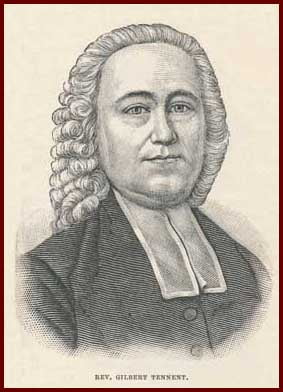 On March 8, 1740, the Rev. Gilbert Tennent preached a message on “The Danger of a unconverted Ministry” at Nottingham, Pennsylvania.  In it, the Presbyterian leader of what became known as the New Side Presbyterians, railed against those ministers who, in his estimation, were without Christ and without God.  This, according to Tennent, was their condition because they refused to countenance the evangelistic preaching of George Whitefield, Jonathan Edwards, and other graduates of the Log College to the colonies during the first Great Awakening.  Tennent spared no words further, in denouncing those in the pew who were content to sit under their ministry.  Listen to his words:

“We are informed that our dear Redeemer was moved with compassion (when He saw the people.)  And what was the cause of this compassionate commotion in the heart of Christ?  It was because he saw much people as sheep having no Shepherd.  Why had the people then no teachers?  Oh yes!  They had heaps of Pharisee-teachers, that came out, no doubt after they had been at the feet of Gamaliel.  But not withstanding the great crowds of these orthodox, letter-learned and regular Pharisees, our Lord laments the unhappy case of that great number of people, who, in the days of his flesh, had no better guides.

“Is a blind man fit to be a guide in a very dangerous way?  Is a dead man fit to bring others to life?  Is a leper fit to be a good physician?  Isn’t an unconverted minister like a man who would teach others to swim, before he had learned it himself, and so is drowned in the act, and dies like a fool?”

There was no doubt in anyone’s ears that his application was to the Presbyterians ministers of his day who rejected the evangelistic preaching of himself and others.  He urged their members to reject their preaching and go to other churches where the message of life was heard clearly.

Charles Hodge later would say that this was the harshest sermon preached from any pulpit during its day.  It, and other cases, were to cause the first big schism in American Presbyterianism, known as the New Side Old Side Split.  It would last from 1741 to 1758. Eventually Gilbert Tennent realized that his words were intemperate and confessed all of that to the united church.  In fact, he was one of the forces which led to the reunion of both sides in 1758.  The Presbyterian Church was one once again.

Words to Live By:  Jesus said in John 7:24 “Stop judging by mere appearances, and make a right judgment.” (NIV)  There is a place of right judgments, but beware of judging by what seems to be the case.  It might not be, and much harm can be done by words.

Through the Scriptures: Deuteronomy 26 – 28

Through the Standards: The Only Redeemer of God’s Elect according to the Catechisms

Remembering Our Fathers and Brothers :
The following PCA pastors passed into glory on this day in—
1993 – Robert Richard Davis (South Florida Presbytery, PCA). Born in 1933, he graduated from Union Theological Seminary in 1961 and was ordained in the Methodist Church. Eventually he transferred first into the PCUSA and then was pastor of the Hazelwood Presbyterian Church in the years leading up to the formation of the PCA. From 1972-1987, he was pastor of the Old Cutler Presbyterian Church, Miami, FL and he led that church into the PCA in 1980. Rev. Davis is also noted as the author of a particularly helpful first-person account, My Journey Into Alzheimer’s Disease :

Robert Davis was a pastor of one of Miami’s largest churches, an outstanding preacher, a dynamic man, with a growing ministry.
But subtle changes began to take place within his brilliant mind—bizarre symptoms and behaviors patterns—and his phenomenal memory began to fade. After months of testing, the doctor broke the news—Alzheimer’s, permanent and irreversible. “I wish I could tell you it’s cancer,” his doctor said.
This book offers unusual inspiration, written by a man who remains a ministering servant to the end—using his last lucid thoughts to share with us his walk of faith into Alzheimer’s Disease. 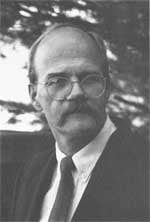 “. . . Much of our life as a congregation still reflects the influence of Egon’s teaching and Grace & Peace’s example of living out the gospel in a 20th century setting: reaching out to marginalized people with the comfort and acceptance of Jesus Christ, weekly communion, the extension of Lord’s Day worship into regular church meals, the primacy of individual pastoral care in the life of the church, an appreciation of both the traditional and the contemporary in public worship, an acceptance of diversity of lifestyle among the membership, an enjoyment of the arts as a celebration of life, and most of all, an emphasis on living openly and honestly before one another.out of a conviction that because of the tremendous freedom Christ won for us at the cross, we do not have to pretend to be better people than we really are. It was under the preaching and teaching of Egon that many who came through Grace & Peace learned that even while we must be proclaiming Christ as the absolute answer to those around us caught up in a destructive moral and philosophical relativism, still, the holiness of God demands that the church learn to criticize itself even as it criticizes the world, since nothing but God’s Word is infallible. How reassuring for many of us was Egon’s insistence that the justification of sinners won for us at Calvary takes the fear and anxiety out of this self-criticism that the gospel calls us to.”