William Brenton Greene was born this day in 1854 in Providence, Rhode Island. 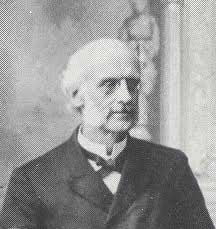 Through the Scriptures: Jeremiah 37 – 39

Through the Standards:  The freedom to do moral acts

WCF 20:3
“They who, upon pretense of Christian liberty, do practice any sin, or cherish any lust, do thereby destroy the end of Christian liberty, which is, that being delivered out of the hands of our enemies, we might serve the Lord without fear, in holiness and righteousness before Him, all the days of our life.”

Quote source : Function of the Reason in Christianity. Inaugural Address of William Brenton Greene, Jr., D.D., as Stuart Professor of the Relations of Philosophy and Science to the Christian Religion. New York: Anson D.F. Randolph & Company, 1893.