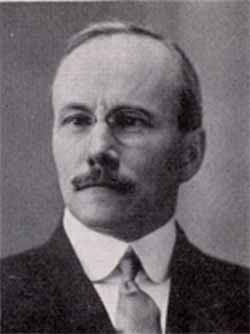 Oswald Thompson Allis was born in Wallingford, Delaware county, Pennsylvania to Oscar Huntington Allis, M.D. and his wife Julia Waterbury Thompson Allis, on this day, September 9, in 1880. He was raised in the family home at 1604 Spruce Street, in Philadelphia. Decades later, this same location was to serve as the cradle for the newly formed Westminster Theological Seminary.

Through the Standards: The first petition of the Lord’s Prayer according to the Shorter Catechism

WSC 101 — “What do we pray for in the first petition?
A.  In the first petition, (which is, Hallowed be thy name,) we pray, That God would enable us and others to glorify Him in all that whereby he makes himself known, and that he would dispose all things to his own glory.”