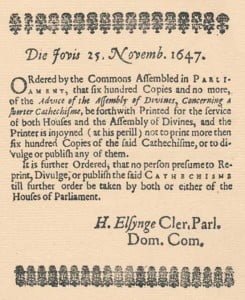 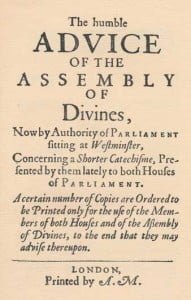 The Rev. Thomas Doolittle, a famous catechist, took great delight in catechizing and urged ministers to that work, as an effective way of establishing young people in the truth, and preparing them to read and hear sermons with advantage. Accordingly, every Lord’s day, he catechized the youth and adults of his congregation, and this part of his work bore great fruit. Once, when he had come to the question “What is effectual calling,” after some explanation, Rev. Doolittle proposed that the question should be answered by changing the words us and ourto me and my. The congregation, hearing this suggestion, a long and solemn silence followed. Many felt the weight of the idea, but none had the courage to answer. At length, one young man stood up, and with every mark of a broken and contrite heart, was able to say, “Effectual calling is the work of God’s Spirit, whereby, convincing me of my sin and misery, enlightening my mind to embrace Jesus Christ, freely offered to me in the Gospel.”

Reader, do you own the Catechism? Have you made it your own? Clearly it is not Scripture; no such claim is made, and that is why we speak of it as part of thesecondary standards of the Church. But it is worthwhile reading, and a great help in understanding what the Bible teaches. 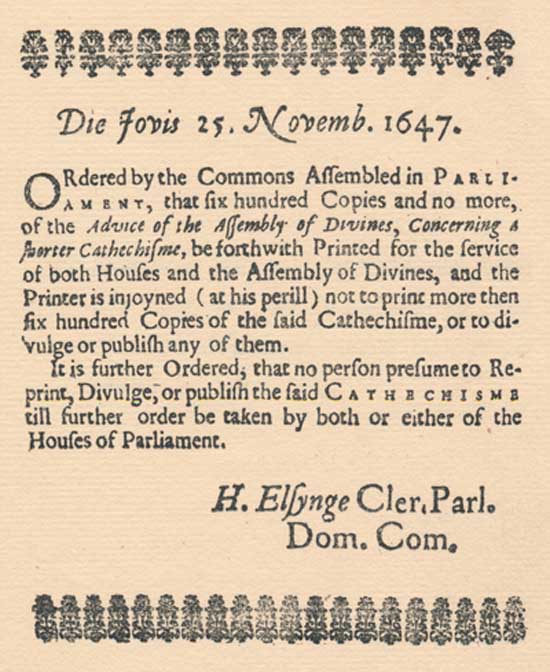