October 19: Machen and the Mosaic Law

A Disagreement Offered in Christian Love 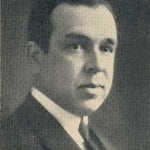 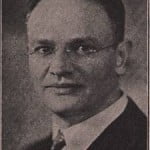 It was on this, October 19th, in 1936 that Dr. J. Gresham Machen composed a letter to the Rev. Dr. J. Oliver Buswell, Jr., then president of Wheaton College. Machen’s letter was in response to an article that Buswell had written and sent to Machen, requesting his comments. While we don’t have Buswell’s article at hand, it obviously had some discussion of the Scofield Bible, which in turn prompted this portion of Machen’s reply. At four pages in length, Machen’s letter is too long to present in full here, but an excerpt will suffice to present something of Dr. Machen’s views on the Mosaic Law, a subject which has been tossed around of late, as you may know.
We note too that both men in their correspondence with each other as well as with others, were models of Christian civility, even when they disagreed with one another. Our transcription is from the original letter by Dr. Machen, as preserved among the Papers of the Rev. Dr. J. Oliver Buswell, Jr.

“. . . on page 3, you differ from Charles Hodge, and you cite the Westminster Shorter Catechism. But is not the view of Charles Hodge plainly taught in the Confession of Faith, Chapter VII, Sections 1, 2 and 3? According to Section 2 of that chapter life was promised to Adam and in him to his posterity upon condition of perfect obedience. When Adam was placed upon probation, and when a federal relationship was established between him and his posterity, that was a gracious act of God. If Adam had successfully stood in the probation, then the possibility of sinning would have been removed and he would have received eternal life beyond the possibility of loss of it. In that blessed result all of his posterity would have shared. The probation for Adam and for all mankind would have been over.

God did not, in other words, place Adam in that probation with everything to lose and nothing to gain. Quite different was the nature of that Covenant of Works or Covenant of Life. I do think that is plainly brought out in the Confession of Faith as well as in Charles Hodge.

The root error, or one of the many root errors of the Dispensationalism of the Scofield Bible seems to me to be the utter failure to recognize and make central the fact of the Fall of man. I know that there are salutary inconsistencies in the Scofield Bible. I know that in the notes on the fifth chapter of Romans there is taught, not indeed the orthodox doctrine of imputation, but still some recognition of the universal corruption that has come from Adam’s sin. But by what a back-door even that much of the central Biblical teaching is brought in! As one reads Dr. Scofield’s notes one does not for the most part get the slightest inkling of the fact that anything irrevocable took place when Adam fell. After his Fall man continued to be tested in successive dispensations. See for example the definition of a dispensation which Dr. Scofield gives at the beginning. That is one of the things that seems to me to be so profoundly heretical in this commentary.

It is contrary to the very heart of the Augustinian and Calvinistic view of sin. According to that view — and surely according to the Bible — the guilt of Adam’s first sin was imputed to his posterity. Adam being by divine appointment the representative or federal head of the race. Thus all descended from Adam by ordinary generation are guilty. They are guilty before they individually have done anything either good or bad. They are under the penalty of sin when they are born. Part of that penalty of sin is hopeless corruption, from which, if there is growth to years of discretion, individual transgressions spring. How utterly absurd would it have been therefore for God to offer the Mosaic Law, to such an already condemned and fallen race, as something which, if only obeyed by that already condemned and fallen race, would bring salvation and eternal life!

Thus Dr. Scofield’s view of the Mosaic Law is rooted in a wrong view of sin — a wrong view which is against the very heart and core of the Reformed Faith.

Blessed inconsistencies in some parts of the Scofield notes do not prevent the main impact of the Dispensational teaching from being extremely bad.

. . . My letter is a good deal longer than I started out to make it. I just feel that in you I have a really sympathetic correspondent. It is so refreshing to be able to differ from someone about some things and not have the differences made a matter of personal resentment. Still greater is my joy in the large measure of agreement in which I stand with you. I fully understand, even with regard to the Scofield Bible, that although you differ from me in your general estimate of the book, there are very important matters with regard to which you agree, against the Scofield Bible, with me.