May 28: Duties and Qualifications of Ruling Elders 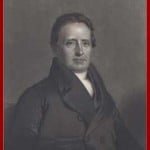 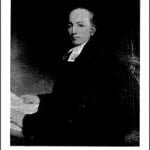 The Rev. J. J. Janeway’s Review of The Divine Appointment, the Duties and the Qualifications of Ruling Elders; a Sermon preached in the First Presbyterian Church, in the City of New York, May 28, 1819, by Samuel Miller, D.D., in The Presbyterian Magazine, 1.4 (April 1821) 170-177.

[Rev. Janeway is pictured at left; Rev. Miller, at right]

The Church of God is that holy society established by Himself on earth for the maintenance of His worship, and the promotion of His glory, in the midst of a race of rebellious creatures. It is styled His house or family; and it ought not to be doubted, that this house of the living God, like that of every wise man, is subject to wholesome regulations.

Under the former dispensation it was governed by laws delivered with great solemnity, and placed under the ministry of men, whose offices and duties were defined with great precision. As government is as necessary to the welfare and prosperity of the church under the present, as under the preceding economy, it were marvelous indeed, if, at a period when God has blessed His people with the clearest light and the greatest privileges, he should have deprived them of the benefit of a government framed by His own wisdom, and committed to their interests to one devised by the wisdom and prudence of fallible men. We believe that He has provided a constitution, and appointed officers for the government of the Christian, as He had done before for the Jewish church.

Great diversity, it is true, does exist in the views of Christians in regard to the plan prescribed in the New Testament for ordering the affairs of this heavenly society; but this diversity of sentiment no more proves that no such plan is to be found in the inspired writings, than the discordance in the views which Christians of different denominations entertain in regard to revealed truths, proves that the particular doctrines in dispute are not taught by the sacred writers. That some doctrines are not revealed with such clearness as to secure uniformity of faith among all the pious disciples of Christ, is manifest; and therefore, while we deplore this want of unity of judgment, and pray for the arrival of that time when all shall be of one mind, we ought to bear with the infirmities and errors of others, and cordially love all who hold the head, Jesus Christ, how much soever they may differ from us in points not essential to the existence of unfeigned piety.

From the fact, that men of great learning and acknowledged godliness have differed widely from each other in regard to church government, it is equally manifest, that the principles of it laid down in the New Testament, are not stated with sufficient clearness to harmonize the views of all Christians on this important subject, in the present state of the world, liable as men are to have their sentiments affected by education and a thousand different circumstances. Whether one and the same ecclesiastical polity will prevail over the whole church, in that day of light and glory, to which the finger of prophecy directs the eye of faith, we shall not undertake to assert. But this we venture to affirm, that, although diversity of sentiment has sadly cut up the church into many sects, yet Christians, by whatever name called, are bound to love one another; and we see no reason why pious Episcopalians, and Presbyterians, and Methodists, and Baptists, &c. might not, in proper circumstances, hold occasional communion with each other at the table of our common Lord and Saviour.

Principles of ecclesiastical government, however, are not to be regarded as matters of indifference. They are important; and it is the duty of every church, to endeavour to discover those which have been laid down in the records of divine truth, and to adopt them in the management of its affairs. A greater degree of harmony of views on this subject existed among the reformers, than exists among ministers at present. Archibishop Cranmer, and many bishops and learned divines of the Episcopal Church of England, so far from advancing the exclusive notions embraced by some of their successors in that church, and elsewhere, entertained the same opinions on church government as the Helvetic churches. (See note N., p. 427, in Mr. McCrie’s Life of John Knox). As Presbyterians, we are sincerely attached to that form of ecclesiastical government which was adopted by the wisdom and piety of our forefathers; and we believe that it approaches nearer to the Scriptural plan than that of any other church.

The Christian public are indebted to the pen of the author of this sermon for an able and temperate vindication of the great doctrine of ministerial parity, in opposition to diocesan Episcopacy. In this discourse he has selected as the subject of discussion the office of ruling elders. It was preached in May, 1809, when several individuals were ordained to that office in the First Presbyterian Church in the city of New York, of which he was at that time one of the pastors; but owing to the delicate state of his health, and unavoidable engagements, he was prevented from complying with his promise to his friends, who had requested its publication, till January, 1811.