Think Before You Take That New Job
by Rev. David T. Myers 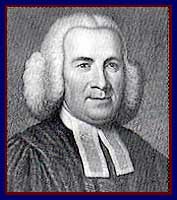 Born in Scotland in 1715, Samuel Finley came over to the colonies at age nineteen. He studied theology at the celebrated Log College under the Tennents, was ordained into the New Brunswick Presbytery as a revivalist preacher. He was clearly a New Side Presbyterian.

Assigned first to a brand new Presbyterian church in Mitford, Connecticut, he discovered that the governor of Connecticut really did not want him, or for that matter, the Presbyterian Church. He was escorted, or should I say, expelled from the colony. It is clear from his later ministry that this was all due to the providence of God.

For the next seventeen years, he was the pastor of Nottingham, Maryland. Receiving  accolades as the best training academy in the middle colonies, West Nottingham Academy soon became the school to attend. With a standard of great scholarship, two signers of the Declaration of Independence — Benjamin Rush and Richard Stockton — studied under Samuel Finley there.

Finally, in 1761, as a member of the original board of trustees, Samuel Finley was chosen to be president of the College of New Jersey. It was a time for numerical growth and spiritual growth for the college. In fact, a revival broke out during the second year of Finley’s presidency. It was said of Samuel Finley that he was a very accurate scholar and a very great and good man. His preaching was “calculated to inform the ignorant, alarm the careless and secure, and edify and comfort the faithful.” The students loved him and respected his scholarship.

Words to Live By: By no means are we to be lazy because the Lord will take care of his cause in the world. We are told in Scripture to take advantage of every opportunity, because we live in evil days. But there is comfort to know that the Lord is in control of His church, and His cause. Let that be our thought as we go through this week.

Five works by Rev. Samuel Finley are available in digital format and can be accessed over at the Log College Press web site—click here.