The Houston Mission was a work of the Reformed Presbyterian Church, General Synod (New Light), situated in one of the poorest areas of rural Kentucky. Staffing that ministry for most of its half-century of existence were two selfless women, one of whom is recounted here in a memorial which was spread upon the Minutes of the 152nd General Synod of the Reformed Presbyterian Church, Evangelical Synod (1974). A most admirable work, closed now many years past, it has been interesting to come in contact from time to time at the PCA Historical Center with those whose lives were touched by this ministry.

Miss Elva Foster was called to be with the Lord on January 3, 1974. In 1907 she and Miss Susan J. Cunningham founded the Houston Mission in Breathitt County, Kentucky, which for many years served the people on Turkey Creek in spiritual, educational, and physical ways. Miss Foster taught school and later was matron of Ananth Home, the dormitory for the grade school children.

Most of her life was spent at this mission post with the exception of some time she was at home to care for her aged mother. She was the perfect lady in surroundings of crude and sometimes unfriendly character. She put much of her small salary back into the work and was the spiritual “mother” of the children of the mission. Even after her retirement when she went to live near relatives at Hebron, Nebraska, she was vitally interested in the work in Kentucky.

Her life reminds us of the verse in 2 Kings 4:8 where it says, “And it fell on a day, that Elisha passed to Shunem, where was a great woman;” 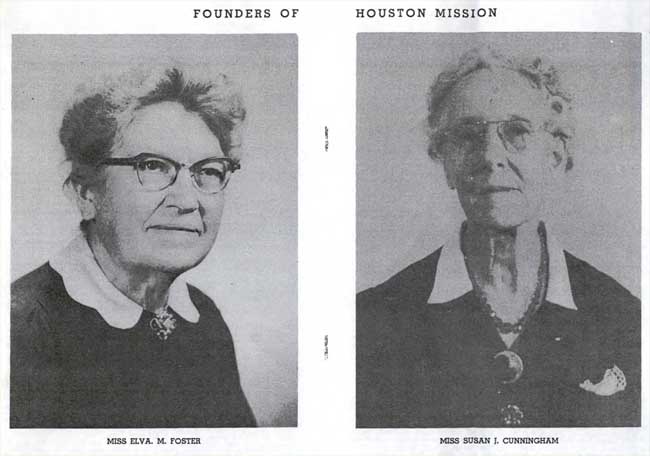