You are currently browsing the archive for the May 2013 category.

May 31: The Mecklenberg Declaration

The proposed declaration, which was written by Ephraim Brevard, a members of the committee, was read before the assembly of the county in front of the courthouse in Charlotte, North Carolina.  It said:

I. That all commissions, civil and military, heretofore granted by the crown to be exercised in these colonies, are null and void, and the constitution of each particular colony wholly suspended.    II. That the Provincial Congress of each Province, under the direction of the great Continental Congress, is invested with all legislative and executive powers within their respective providences, and that no other legislative  or executive power does or can exist at this time in any of these colonies.

The assembly cried out with a loud voice their desire to be independent of Great Britain, and to defend that freedom with their lives and fortunes. And many a life and fortune would be sacrificed before gaining that freedom. The first voice to be a free and independent people in favor of American freedom, came from the Presbyterians in North Carolina. Scotch-Irish Presbyterians justly have the honor of recognition in speaking first for liberty.

Words to Live By:  True God-fearing people recognize that there is a just God who presides over the destinies of nations.  In that trust, we can go forth and stand for liberty for all.  And let us stand for that liberty in a day when challenges to that freedom of religion are being made each and every day.  Pray today, brothers and sisters,  for America. 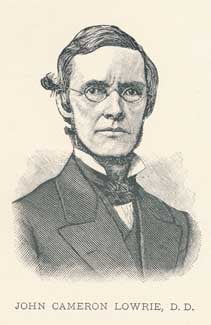 The Ends Don’t Justify the Means

The desires to grow increased members on the rolls can be dangerous in that questionable methods can be used to accomplish that end.   From the year of the first General Assembly in 1789, the church slowly grew from 419 churches to 511 in 1803. It is important to note that these increases did not come from proselytizing of members in other denominations.  As late as 1794, the General Assembly had approved a circular which discouraged “sheep stealing” from other denominations.:

But there was still a problem.  As the population shift in people continued to the west and south, there was a scarcity of pastors and congregations to reach the expanding growth.  Thus, the idea of some type of cooperation between churches was suggested at the General Assembly in 1800.  By the next year, and specifically on this day, May 29, 1801, this cooperation was given a name, that of the Plan of Union.  And it was to take place between the Presbyterians and the Congregationalist denominations.

As far as numerical growth was concerned, the Plan of Union worked admirably.  For thirty-five years, until 1837, the best statistics show that the numbers of churches went from 511 to 2,965 churches.  The number of ministers grew from 180 in number to 2, 140 clergy in 1837.  The church had increased eleven fold in barely four decades.

But at what cost doctrinally, was the question?  While there were some Congregational ministers who were Calvinistic in theology, others were influenced by liberal beliefs from New England with respect to sin and salvation.  Original sin was denied as well as the substitutionary satisfaction of Christ’s death on the cross for sinners.  Something had to be done if  Presbyterian government and doctrine was to continue.

In 1837, the Plan of Union was dissolved by the General Assembly, and particularly the Old School General Assembly,  having been declared “unnatural and unconstitutional.”  Entire synods, presbyteries, ministers, churches, and members were cut off from the Presbyterian church.  The Assembly was determined that purity came before growth in the order of importance.

Words to Live By: The ends, especially evangelistic ends, do not justify the means to those ends.  Rather, both ends and means must glorify God and be according to the Word of God.  Biblical ends must be justified by biblical means.

What is even more important than these facts is to sum up their faith and life.  With their Scotch-Irish roots, they held to the Westminster Confession of Faith and catechisms as their subordinate standards, exclusive psalmody, Sabbatarianism, being a part of the abolitionist movement, and strong Protestantism.  While the psalmody was abandoned in 1925, this church still held to a conservative Calvinism.

All this is then perplexing as to why they voted to merge into the liberal Presbyterian Church in the U.S.A. almost one hundred years later in 1958.  In less than ten years, the wider body would replace the historic Westminster Standards with the Confession of 1967, relegating the former to a book of confessions.

Words to Live By: All of us need to carefully examine what we will gain and what will be lost in uniting together with others. Our associations matter. Not just who our friends are, but what we read, watch, and listen to, not to mention all the many social, religious and political groupings that we may be involved with, all these things bring influences that affect us far more than we may realize. Which is why prayerful, consistent time in the Word of God is so important, as a anchor against anything that might seek to sway and divert us away from honoring our Lord and Creator in all that we say and do. 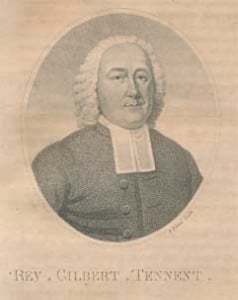