You are currently browsing articles tagged Although God.

May 29: Samuel Brown Wylie on Prayer 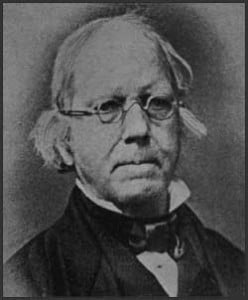 “Although God could accomplish all His purposes instantaneously by a word of power, He chooses to work by means, and has made it our duty to be diligent in their observance. We are so prone to dwell on the visible surface of the effect, that we are in danger of ascribing to the mere machinery in the hand of the Deity, that agency which ought to be referred to the efficiency of an omnipresent Spirit. While, therefore, Christianity inculcates the diligent use of the means of grace generally, and of prayer particularly, it at the same time cautions against resting in them. We must look through them and beyond them to their divine Author, who alone can render them efficacious for the purposes for which they were intended.

“There is no feature more characteristic of the Christian than a disposition to pray, and a delight  in the duty. These are an immediate result of the new birth, “Behold he prayeth.” Where this disposition does not exist, there is no evidence of spiritual life. We do not deny, that in spiritual as well as natural life, there may be temporary swoons and occasions of suspended animation : but we do aver, that a continued habitual neglect of this medium of holy intercommunion with God, is as decisive evidence of a state of spiritual death, as a continued cessation of breathing would be, of the soul’s departure from it’s clay tenement. The true Christian, therefore, will be diligent and careful in the performance of this duty. He will endeavour to be careful for nothing, but in all things, by prayer and supplication, make his requests known unto God, who will abundantly supply all his wants, according to His riches in glory  which is by Christ Jesus.”

[If you would like to see the full article transcribed in PDF format, please send an email to wsparkman {AT} pcanet /DOT/ org].

Chronological bibliography—
1803
The Obligation of Covenants : A Discourse delivered, Monday, June 27, 1803, after the dispensation of the Lord’s Supper, The Reformed Presbyterian Congregation, Glasgow (Paisley : Printed by Stephen Young, 1816), 36 p. [Reprinted in 1804 and 1816].

1817
The first Annual Address read before the Religious Historical Society : May 20th, 1817 (Philadelphia : Printed at the Office of Religious Remembrancer, by John W. Scott, 1818), 22 pp.; 23 cm.  Includes the Constitution of the Religious Historical Society of Philadelphia, pp. 17-18.  Note: Dr. Wylie’s presentation is his statement of the value of historical studies and collections, stating that absolute truth may be discovered through such studies.