The Gospel to New Orleans 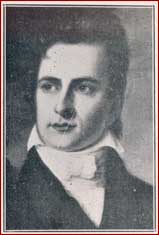 The Rev. Sylvester Larned, the subject of our post today, was born in Pittsfield, Massachusetts on August 31st, 1796. He was the son Col. Simon Larned, a high-ranking officer in the American army who had served during the Revolutionary War. Of young Sylvester, it was said that in early childhood he gave good indications of future promise, and that the commanding eloquence for which he was so much distinguished in later life, began to be developed in his earliest years. He had a remarkable, upbeat temper, and other indications of a superior mind. One story that is famously told of young Sylvester–that while not even yet in his teens, he made a wager with his brother that he could make him weep just by talking to him. Now there was nothing solemn or painful ongoing in their lives at that time. But Sylvester began to ply his brother with words, and such was the force of those words, that in a very short time he actually melted down his brother into unwilling tears; whereupon, with a playful jab, he claimed his prize.

At the age of fourteen he began attending college, and in his senior year, God’s hand rested on him, bringing him to a conviction of his sins. Soon after, he decided it was his life’s purpose to serve the Lord in pulpit ministry. So, in the autumn of 1813, he began his preparations at Andover Seminary. However, he left after only a semester and returned home to teach for a year. Then in 1815, he renewed his studies, this time at Princeton Theological Seminary. He grew in the grace and knowledge of the Lord Jesus Christ particularly in his final year, graduating in 1817, and was licensed to preach the Gospel by the Presbytery of New York. Wherever he preached, crowds would gather, “overflowing congregations hung in rapture on his lips, and were melted down under the power of his eloquence.” Not since Whitefield had one so young made such an impression in this country.

It was at about this time that the Church began to sense the strong need of the Gospel in Louisiana. The claims of Christ Jesus had barely ever been proclaimed in New Orleans. One stalwart pioneer, a Rev. Cornelius, had done spade work, preparing the way, but he had no fixed connection with the city. For the true advance of the Gospel there, the work required someone committed to the people of the city. Larned was selected for that work. Ordained as an evangelist, he began his journey south.

“On his first arrival in that city, a general and unprecedented interest was awakened by his preaching; and everything seemed to indicate that Providence had sent him there to produce a great revolution in the character of New Orleans. The uncommon majesty with which he exhibited the truths of the Gospel, the almost magic power by which he entranced and rivetted his hearers, drew after him a multitude composed of all classes, from the highest to the lowest in society.” Soon influential people stepped forward to call him as their pastor, to commit to his support and to the building of a home for the new church.

In those years, the summers were known as the sickly season; those who could afford to, would vacate the city for healthier regions. But in 1820, Rev. Larned resolved to stay with the poor among his people, those who could not afford to flee the city. He resolved to die on the field of service if God so willed. Well into August of that year, Larned remained healthy, ministering to the sick and dying throughout the city. Then, on the last Sunday of that month, a day of public humiliation and prayer, Larned met with his people in the morning, and again in the afternoon, but by the close of the day, he had been laid low by the fever. It broke his strength, and on August 31st, 1820, the Rev. Sylvester Larned breathed his last. “When the delirium of death was not on him, he was firm and collected. When most aware of his danger, he was most assured of his Saviour’s presence and power…”

Words to Live By:
As we read through some of the accounts of the life of Sylvester Larned, his tremendous powers of persuasion are a common focal point of these accounts. That can be quite troubling, for we know that true spirituality depends not on clever words, but upon spiritual reality. So it is reassuring to read in one account that “When he first appeared as a Minister of the Gospel, he was led to bestow too much attention on what he thought most likely to attract the mass of men; we allude to his style of writing, and mode of illustrating divine truth. But when he became a settled pastor, he found that eloquence would not feed his people. A great revolution immediately took place in his style of instruction. He became more plain, more didactic, and evangelical; and the consequence was, that while they who had been attracted by human power, were displeased, the sheep of the fold found more of that food which came down from above.”

Trivia: Did you note that the Rev. Sylester Larned was born and died on the same calendar day? That sort of thing is actually a rather rare occurrence. 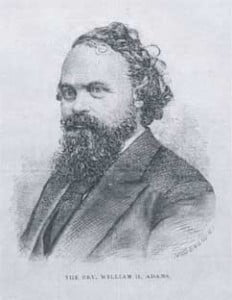 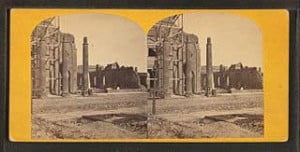