January 14: Work on the Shorter Catechism 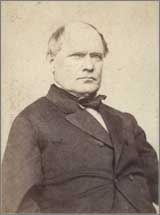 A Bellweather of Our Church’s Health?

The Catechisms, Larger and Shorter, were discussed with equal care before the whole Assembly, as reported from their Committees, question by question.  Under date of January 14, 1646, the record is :

“Upon motion made by Mr. Vines, it was Ordered :

“That the Committee for the Catechism do prepare a draught of two Catechisms, one more large and another more brief, in which they are to have an eye to the Confession of Faith, and to the matter of the Catechism already begun.” [cf. Van Dixhoorn, Minutes & Papers of the Westminster Assembly, vol. 4, p. 399] 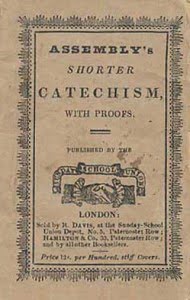 To Dr. Tuckney was assigned the Shorter Catechism.

“The proofs for both Catechisms shall be transcribed and sent up to both Honorable Houses of Parliament.  Ordered to be carried up on Friday morning by the Prolocutor with the Assembly.”
[Session 1049., cf. M&PWA, iv.749.]

“Prolocutor informed the Assembly that he had delivered the Cate­chisms, and was called in and told that they had ordered six hundred copies with those proofs to be printed for the use of the Assembly and two Houses ; and give thanks to the Assembly for the same.”
[Session 1051, cf. M&PWA, iv.750.]

Use of the Westminster Shorter Catechism has had its ups and downs. In the Southern Presbyterian denomination throughout the first half of the 20th-century, there were often nearly one thousand children per year who would memorize the whole of the Shorter Catechism. The Christian Observer would annually print an honor roll with the names of these children. It is interesting (and depressing) to watch over the next few decades as, year by year, those numbers declined. Even as late as 1958, there were perhaps a thousand in that list. But by 1975, the list of names had shrunk to less than two hundred. Finally, by 1988 the publisher had given up on this annual feature. If we tried to put together such a roster today, where would we stand? Every good Presbyterian will acclaim the value of the Shorter Catechism, but how many actually use it? How many disciple their children through the memorization of it?

It’s not a new problem, though. In his review of Dr. Ashbel Green’s then-recently published Lectures on the Shorter Catechism, Dr. Archibald Alexander wrote:—.

But if we do not entirely misinterpret the temper and taste of the times in which we live, doctrinal catechisms, and lectures explanatory of such catechisms, are not the books which will be sought after and read with avidity. The religious taste of most readers is, we fear, greatly vitiated by works of fiction and other kinds of light reading. Nothing will now please, unless it be characterized by novelty and variety; and while many new means of instruction have been afforded to our youth, in which we sincerely rejoice, we are so old fashioned in our notions, as to feel regret that in our own church those excellent little summaries of Christian doctrine, the Westminster Catechisms, are falling with many into disuse.”
[The Biblical Repertory, and Theological Review, Vol. 2 No. 2 (1830): 299]

Words to Live By:
Few things in this life just fall into our laps. Most good things take work to acquire, develop and maintain; discipline bears a good fruit for the long term. The value of the Westminster Shorter Catechism has been acclaimed by many, but for how many of us is that acclamation mere lip service? The year is still young, and its not too late to slip in another resolution. Wouldn’t this be a great year to work on the Shorter Catechism?