Our Primary Author!—On his Birthday, No Less! 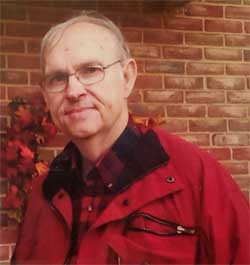 Seventy-five years ago, on this day, October 7, 1940, out on the wind-swept plains of Lemmon, South Dakota, David T. Myers was born—the fourth and youngest child of Rev. David K. Myers and his wife Anne.  Rev. Myers was riding the rural preaching circuit at the time, preaching to and pastoring as many as fifteen small prairie churches in the newly formed Bible Presbyterian Church.  There is little recorded of the Myers’ family life of this time, other than one story that the Myers children were known to say, especially during blizzard season, “Now, let us pray for Daddy if he be stuck!”  Certainly this was a product of the faithfulness of young David’s mother, Anne, whose “determination, steadfast support, and unfailing labors in the church and home with her prayers,” recalled Rev. Myers years later, allowed him to “go far in ‘them thar’ hills for the gold of precious souls who turned to Christ by evangelistic means to receive the Gospel.”

[Note: David’s father, the Rev. David K. Myers, wrote an autobiography titled Preaching on the Plains. For information on how to order a copy of this most interesting autobiography, click here. The table of contents, and later, several sample chapters, were posted here.]

Without a doubt, David Myers’ early life was cocooned in the message and work of the Gospel.  He must have breathed it in, along with the crisp northern wind, and been animated by its strength and power in the time before even his first memory.  When David was a boy of three, Rev. Myers took on a new calling as a chaplain in the U.S. Army.  There followed numerous different postings, including a most memorable three years at the Army chaplaincy in post-World War II Germany, at the infamous Nazi concentration camp—Dachau.

It was in Dachau that mankind’s depravity and desperate need for a Savior was seared onto David’s consciousness.  At the impressionable age of eight to ten years old, David would wander the camp of horror in those first years of the American occupation, even before the full extent of the Holocaust was known to the world.  He saw bones in the dirt, human ashes in the ovens, and a gruesome hanging tree, ropes still swinging.  David later wrote of the “breathtaking cruelty” that was apparent throughout Dachau.  He would recall one instance “walking through a shower room with bars of soap, sprinkler heads, drains in the floor, except everything was wooden, including the bars of soap. This was a gas chamber, and I can remember hurrying out of there when one of my older friends with me then mentioned it as that.”  All of this impressed upon the boy with indelible force the inescapable “sinful depravity of man” and his need for the Gospel.

It was to that Gospel calling that David would turn as he returned to America and entered his formative years of study, eventually completing his masters of divinity degree at Faith Seminary in Elkins Park, Pennsylvania, where his father had taken up a professorship (later, David would add a doctoral degree from Covenant Seminary in St. Louis, Missouri).  Then, in 1966, he and his new bride, Carolyn, began what would stretch to nearly fifty years of faithful and continuous Gospel ministry—pastoring five different Presbyterian churches, serving as an “honorary chaplain” at the U.S. Army War College, and engaging in numerous scholarly work, popular writing, and public engagement ministries.

After a short stint in Alberta, Canada, David and Carolyn moved to Lincoln, Nebraska to plant a new church work in the Bible Presbyterian denomination.  God blessed their efforts and as that church grew, David’s ministry expanded in the community.  In 1974, it was reported by the local press that David had begun, and was serving as President, the Nebraska Association for Christian Action.  “It is the aim of this organization to bring to bear the Word of God on vital social and political issues, and to engage in Christian witness and action in public affairs,” David said at the time.  The organization fulfilled its mission during those years as it testified regularly before the state legislature and advocated on many issues of public concern. 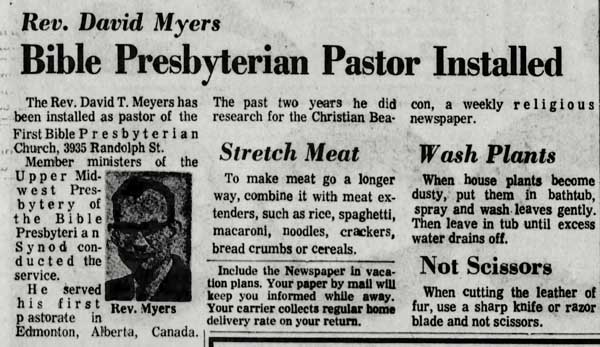 With the birth of a new, reformed Presbyterian denomination in America, the PCA, David transitioned his ministry into a new denominational home.  Both the work he began in Lincoln, and the subsequent work begun in Omaha, remain faithful congregations—with fruitful church offspring of their own—in the PCA.  During this time, David and Carolyn welcomed into their lives and ministry their only child, daughter Ann Margaret. 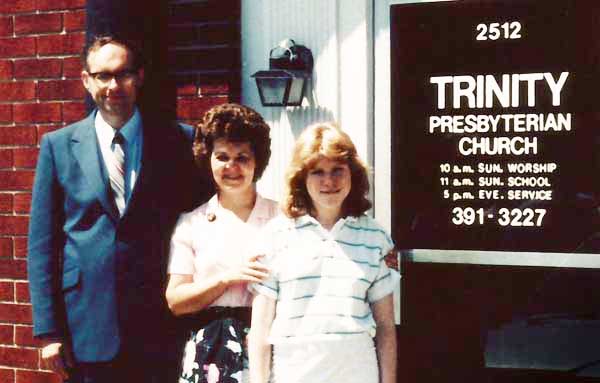 In 1986, having seeded the cornfields of Nebraska with a flourishing reformed Presbyterianism, David accepted a call east and left his beloved Nebraska Cornhuskers for the hills of Pennsylvania.  There, for the next twenty years, he would pastor two PCA congregations, one in Pittsburgh and one in Carlisle.  While in Pennsylvania, David’s fascination with American history, and particularly the period of the Civil War, reached new heights.  He began a ministry of research and writing connecting the deep Christian spirituality of that era to the on-the-ground living history of battlefields and memorials across the Pennsylvania countryside.  His personal tours through the Gettysburg National Park became renown among Christian tourists seeking to learn the specific Christian stories of the war.  As always, David never took off his pastoral cap, using history to illuminate again, the power of the Gospel of Christ.  His books [Stonewall Jackson: The Spiritual Side and The Boy Major of the Confederacy] on the era do the same.

In 2004, David retired from his period of formal ministry in the PCA, but he has never retired from the ministry of the Gospel.  David soon took up a key post as an “honorary chaplain” at the U.S. Army Chapel at the Carlisle Barracks, a part of the Army War College.   In this way, David brought his ministry full circle from those early years as an “Army brat” witnessing the horrible depravity of man while his father ministered in the chaplaincy in Dachau.  David served as a faithful teacher and occasional pastor at the Chapel, ministering to some of the U.S. Army’s top brass as they moved through postings at the War College.

David’s characteristic wry humor found one of its keenest expressions during his time at the Chapel.  He is known to remark: “It is the most perfect church I have known.  If you don’t like the congregation, they leave every year, and if you don’t like the chaplain, he leaves every other year!”  But beyond humor, David has continued his life’s work, bringing the light of the Gospel to everyone around him.  For example, in 2012, Col. Randall Cheeseborough, the chairman of the War College’s department of academic affairs, told one publication that he and his wife kept returning again and again to hear David’s teaching: “It was so Scripture based, it was a wonderful experience.  It’s good for me to see an older man’s faithfulness and dedication.  He’s just a wonderful role model.”  Another member of the brass, Col. Bill Barko told the same publication: “More than about any single person, David has been a huge spiritual influence on our community.”

Readers of this blog certainly have known and experienced these same truths.  In 2010, David floated to the PCA Historical Center the idea of a daily devotion tied to events in Presbyterian history.  Others, including director Wayne Sparkman, thought it was a fine idea, but were concerned about content production.  Thus, David’s project was given the green light, but on one condition: that he write an entire year’s worth of daily devotionals before the project would launch.  David eagerly accepted the challenge and for the next two years, wrote what would become the first 365 of this project’s devotionals.  To date, This Day in Presbyterian History has produced over 1,300 daily devotionals from Presbyterian history, is read by thousands around the globe, and has been cited by many other publications both scholarly and popular.

And so, on his seventy-fifth birthday, we are honored to wish our founder a hearty “Happy Birthday!” with his own, well deserved chapter in this collection recounting God’s abounding grace and saving mercies as they have been deposited in one branch of his Church.  David’s faithful life and work have, without a doubt, testified to the truth that there is a Savior, and that he is Jesus Christ, our Lord.  David and Carolyn continue to live in the hills of Pennsylvania, in the village of Boiling Springs, and he can still be seen, from time to time, leading fellow Christians and history buffs around the Gettysburg battlefield, recounting stories of faith in the most trying of times.  His daughter Ann lives in Kansas with her husband Caleb, and David’s five grandsons.

Our post today comes by way of family members grateful for his legacy of faith.