The folllowing brief account of the seventy-sixth annual commencement exercises of Princeton Theological Seminary, in 1888, turns more to a most interesting set of comments about the Rev. Dr. Benjamin Breckinridge Warfield, and is useful in that light alone for the picture it provides of the great Professor.

The seventy-sixth commencement exercises of Princeton Theological Seminary were held on Tuesday, May the eighth. Princeton has prospered this year. Her catalogue records an attendance of 153 students. Some thirty-seven were in the graduating class. Of these, seven are going to the foreign field. Thirty-four are supplied with work, and the rest are not idle from lack of opportunity. The junior class was exceptionally large, containing 58 members.

The venerable Dr. Moffatt has retired after twenty-seven year’s connection with the seminary, and has been elected professor emeritus of history. Rev. Geo. T. Purves, of Pittsburgh, has been elected as his successor.

We are proud of Dr. Warfield. He entered upon a most difficult task when he undertook to fill the chair of Polemic and Didactic Theology after Dr. Archibald A. Hodge. He has succeeded. Not in Dr. Hodge’s way, but in his own way. The two men cannot be compared. They were cast in different molds. Their methods are not the same. Our ears are no longer tickled with so many apt illustrations and striking epigrams, but we now receive such clear, clean-cut definition, and patient repetition, that “though fools” we cannot err therein. He is quick in apprehending a question, and never non-plussed, “ready always to give an answer to every man.” 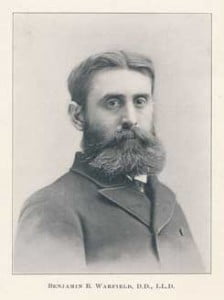