Things For All Men To Do. 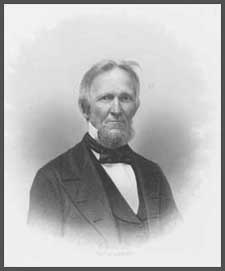 The following few paragraphs, below, form the opening portion of a discourse by Beriah Green, Jr. [1795-1874]. A graduate of Middlebury College, in Vermont, Green studied for the ministry at Andover Seminary. After a dozen years as professor at Western Reserve College, Hudson, Ohio, Green became the president of the Oneida Institute in Whitesboro, New York, a manual labor college founded in 1829 by Presbyterians. Rev. Green accepted that post on condition that he could advocate for the immediate end of slavery and could also accept African Americans as students at the school. A number of prominent black leaders, men such as Henry Highland Garnet, were educated at Oneida during Green’s tenure.

In the following address, delivered on a Sunday evening, July 17, 1836, in the Presbyterian church at Whitesboro, New York, Rev. Green delivered a powerful call to end the institution of slavery, under the title of “Things for Northern Men to Do.” Since that time, the intervening years have seen a great deal of turmoil and change in our nation. Yet Green’s message from the text of Jeremiah 7 remains disturbingly appropriate even today. Where he railed against racial slavery, we now see abortion, pornography, sexual slavery, and all manner of addictions running rampant across our nation. “Crimes of all sorts and sizes we are in the habit of committing.” The sins of a former era and those of our own time are linked by a common thread, one which treats men and women made in the image of God as mere objects to satisfy our lusts. What can we as Christians do? Are we powerless?

Rev. Green offers his understanding of the Scriptural imperative:—

“The general sentiment among the Hebrews, with which Jeremiah had almost alone to content, is clearly indicated by a shocking assertion, which they were wont to throw into the face of Jeremiah. Crimes of all sorts and sizes they were in the habit of committing; and then, reeking with corruption and red with blood, of coming and standing before God in His temple, to insult Him with the declaration, that they “were delivered to do all such abominations.” Things had taken such a shape and posture, that they could do no better than to violate the most sacred relations, and break the strongest ties which bound them to heaven and earth. They were connected with a system of abominations which they could not dissolve, and from which they could not break away. With the different parts of this system, the fibres of society had been intertwisted. It was supported by confirmed usages and venerated institutions. What hazards must they not encounter, what risks must they not run, in opposing the sentiment which generally prevailed around them! They thought it better to go with the multitude to do evil, than incur popular odium in resisting it. They could not keep their character and retain their influence, without taking a share in popular iniquity. Their wickedness was a matter of necessity. Still they could not refuse to see that it was driving their country to fearful extremities. Ruin stared them in the face. What could they do? On the one hand, driven by such strong necessities to sin; and on the other, exposed to such exterminating judgments for their iniquities!

“Just here the prophet met them. The difficulties in which they were involved, and the dangers to which they were exposed, they owed to themselves. And if they stoutly persevered in the crooked ways they had so rashly trodden, they were undone. Nothing would then save them from the dishonored graves, which their own hands had been so long employed in digging. Yet they need not perish. If they would avoid presumption, they might escape despair. They might not charge the blame of their iniquities on God. They might not allege, that “they were delivered to do the abominations” they were guilty of. So long as they did so, their repentance and salvation were impossible. The work, which demanded their attention, lay directly before them. This done, and all their perplexities, and difficulties, and embarrassments would instantly vanish. This done, destruction, with its open jaws now ready to devour them, would at once flee away. This done, and benignant heaven would pour upon them the choicest, most enduring benefits. . . .”

To read the remainder of Rev. Green’s discourse, click here.

Words to Live By:
Salvation belongs to the Lord (Ps. 3:8). The gospel of Jesus Christ is powerful, even to the bringing down of kingdoms and powers raised against it. May the Lord’s people first repent of their sins, and then, humbled, may we come before the throne of grace night and day, seeking the Lord’s mercy and grace upon a people rushing headlong into destruction.