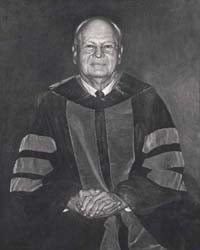 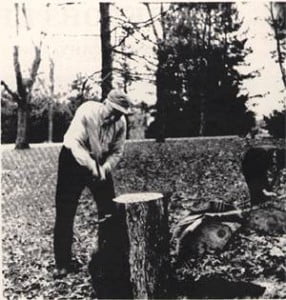 11 December, 2015 in Uncategorized by davidtmyers | No comments

A Sermon Preached on a National Observance

The Congress of the nation had appointed this day in 1783 as a Day of Thanksgiving, because Peace has been restored, Independence had been established, with rights and Privileges Enjoyed. One of the ministers who took the opportunity to preach a sermon was George Duffield, the pastor of the Third Presbyterian Church of Philadelphia.

Pastor Duffield was quite a minister. Graduating from the College of New Jersey, later Princeton, Rev. Duffield began his ministry in Big Spring, Carlisle, and Monaghan, Pennsylvania. During those years, he had cause to lead his members against the local Indian tribes who were causing disturbance among his members and their families. Moving his ministry to Philadelphia and the Third Presbyterian congregation of that denomination, his pastorate there began in great controversy. A decided member of New Light Presbyterians, discussed elsewhere on these posts, a portion of the congregation locked the doors on his first Sunday. He crawled in through a window and held worship anyhow. When a British magistrate appeared and ordered the congregation dispersal, the magistrate was physically ejected for disturbing worship. Rev Duffield and some of his supporters were then jailed for causing a riot! Talk about a first day in the pulpit!

When the American Revolution began, Duffield joined the fight for independence both in word and deed. He was a chaplain of the Congress. He was also marked by the British with a price put on him. So it must have been a sweet worship time when on December 11, 1783, he celebrated the restoration of peace and a new country.

The sermon, which is too long to include here, is filled with the mention of the Great Author of Liberty as the One who brought about this new country named America. Consider one of his paragraphs at the close of his sermon. He said,

“Who can recollect the critical night of retreat from Long Island; the scene of retiring from New York; the day of Brandy-wine; or the endangered situation of the arms of America, on Trenton’s ever memorable night; and not be constrained to say, ‘if it had not been the Lord, who was on our side, our enemy would have swallowed us up.’ But blessed be His name, our help was found in Him, who made the heavens and the earth. It was God, who blasted the secret design of enemies and traitors against us. And by an admirable interposition, brought forth into light, the dark and deep-stained villainy of an (Benedict) Arnold, cursed and detested of God and men. And converted our repeated misfortunes and even mistakes, into singular mercies, and peculiar advantage, that, not more manifest was his voice on Sinai; or his hand, in his affairs of his Israel of old; than we have seen the wisdom, the power, and the goodness of our God; than we have seen the wisdom, the power, and the goodness of our God, displayed through the whole of our arduous contest, from its earliest period down: And may, with emphatic propriety, say, it is he the Almighty God, has accomplished the whole, in every part; and by his kind care, and omnipotent arm, has wrought out our deliverance; cast forth our enemy, bestowed upon us a wide extended, fruitful country; and blessed us with a safe and honorable peace.” (p. 15)

Words to Live By:
The Presbyterian pastor was not afraid to bestow upon the God of the Bible the singular description of the Author of Liberty. He does bring national liberty, for which we praise His name. But our gratitude is more specifically given in providing spiritual liberty from sin and Satan. Far better to possess that, by grace alone, through faith alone, in Christ Jesus alone.