Concluding our coverage of the second General Assembly of the Orthodox Presbyterian Church, which was in the first several years of its existence known as the Presbyterian Church of America. That Assembly was in session from November 14-16, 1936. The news clipping transcribed below is from the Henry G. Welbon Manuscript Collection, preserved at the PCA Historical Center. At the end of this post, we have provided image scans of the program bulletin from that Assembly. The text of Dr. Machen’s sermon on 2 Corinthians 5:14-15 can be found here. For an interesting exercise, compare Dr. Machen’s sermon with that of Robert Murray McCheyne, on the same text. Click here for the McCheyne sermon.

FAREWELL GIVEN BY DR. BUSWELL.

In a farewell message to members of the second General Assembly, Dr. J. Oliver Buswell, Jr., moderator for the duration of the sessions, last night placed the new Presbyterian Church of America in the forefront of the battle to preserve the ancient evangelical standards of the reformed faith.

Taking as his text a portion of an epistle to St. Paul to the Corinthians, Dr. Buswell declared “salvation of souls” to be the main business of the denomination and, among others, quoted a passage from the Apostle that “we are ambassadors for Christ.”

The sermon, delivered in the auditorium of the Manufacturers’ and Bankers’ Club, was the final event on a four-day program during which the assembly adopted the Westminster Confession of Faith as its doctrinal standard, elected committees and took steps toward acquiring a form of government.

It followed a series of devotional services at individual churches during the morning, when various visiting ministers addressed the congregations. The new Church was formed after a split from the Presbyterian Church in the U.S.A. last June over the question of modernism.

Declaring that the Bible alone was recognized as ultimate authority in the present denomination, Dr. Buswell scored efforts to substitute for that authority the official interpretation of Church councils and of men.

Words to Live By:
Now all these things are from God, who reconciled us to Himself through Christ and gave us the ministry of reconciliation, namely, that God was in Christ reconciling the world to Himself, not counting their trespasses against them, and He has committed to us the word of reconciliation. Therefore, we are ambassadors for Christ, as though God were making an appeal through us; we beg you on behalf of Christ, be reconciled to God.
(2 Corinthians 5:18-20) 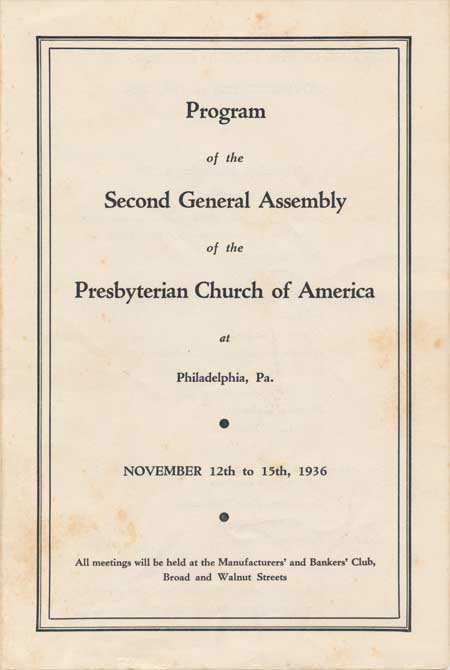 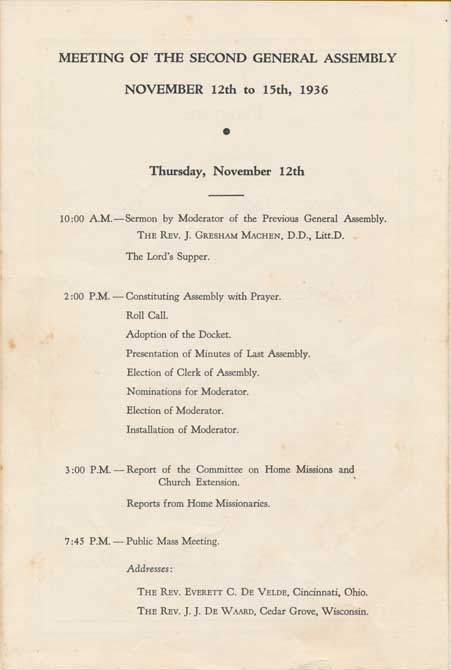 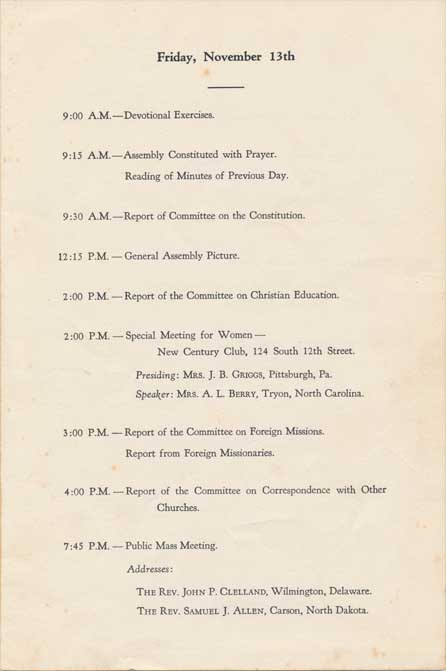 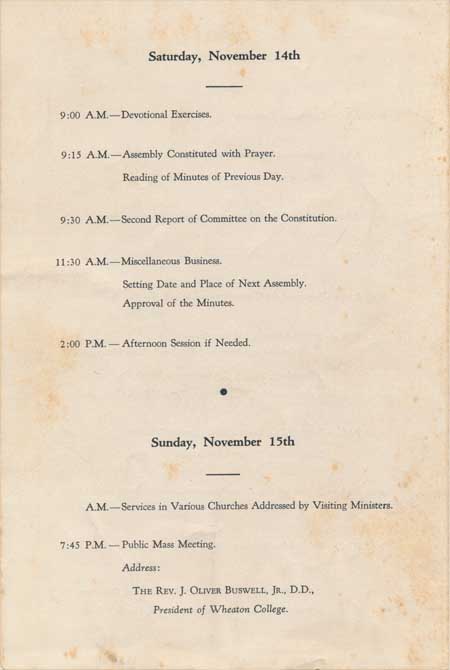