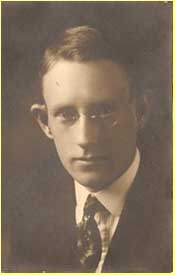 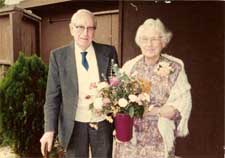 George R. M. Gilchrist died August 13 at Bethany Manor in Ripon, CA, just a few weeks after a family reunion for his sixty-fifth wedding anniversary. His mortal remains were laid to rest in the cemetery in Felton, California. Gilchrist was a teacher and an evangelistic missionary in Chile for more than three decades. He was survived by his widow Ruth and four children. Of these children, the Rev. Paul R. Gilchrist is noted as having served as the second Stated Clerk of the PCA, from 1988 to 1998. 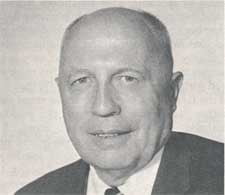 William Hugh Chisholm was born February 1, 1894, in Emerson, Michigan, to godly parents, Hugh and Mary MacLennan Chisholm, who had immigrated to the United States from Scotland, bringing with them that Scottish Presbyterian background. Despite difficulties connected with his father’s health, William managed to attend the University of California and later the University of California Medical School. He graduated in 1921 and did his residency in San Francisco. Then by the summer of 1923 he had been appointed a medical missionary to Korea under the Board of Foreign Missions of the Presbyterian Church, U.S.A.

In trying to select even just one short story of this amazing life, I am guided by the realization that Dr. Chisholm’s life was, more than anything else, marked by believing prayer. And so today we will recount something of William’s college years. It was during those college years when a “nobody” in the eyes of the world entered his life–a man named Mr. Stout. A number of students would go to his home for Bible study and prayer. They loved and respected this man, for they could see he was mighty with God, a man of prayer whose prayers God heard. One day the thought passed Will’s mind, “I bet Mr. Stout is praying that I will be a medical missionary.” He felt quite indignant and his first impulse was to go and ask Mr. Stout to stop praying! Then on second thought he said to himself, “I can’t call myself a Christian and ask a man to stop praying for me.” Knowing the power Mr. Stout had in prayer, he then said to himself, almost dejectedly, “I just wonder if I won’t end up on some mission field because of this man.”

Through the fellowship of this wonderful man, Bill learned to pray. He started praying for his pastor, an unbeliever in a modernist church. Some weeks later this man received Christ as his Savior, openly rejected the unbelief he had been preaching, and came out totally for Christ and the Word of God. Other wonderful answers to prayer were experienced at this time.

Skipping ahead in Dr. Chisholm’s story, in September of 1923, Dr. Chisholm and his wife sailed for Korea, and in October they arrived in the small city of Syen Chun near the Manchurian border, where they were to labor for many years in medical missionary work. It was not long before Bill realized that he had come to an impasse. The senior missionary did not believe in any Gospel preaching in the hospital; instead, good works were to lead the patients to God! Again Bill went back to God in prayer, saying, “Lord, open up a way to present the Gospel to these patients.” Shortly thereafter that senior missionary came down with an acute pain that could not be diagnosed and he had to return to America. Thus this obstacle was removed and Bill had free course to give out the Gospel! 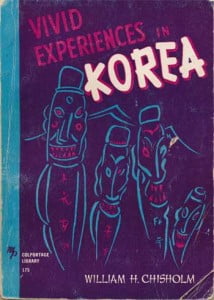 There are many, many more stories concerning this amazing life of this medical missionary. His was truly a life marked by prayer. Upon returning to the States some years later, Dr. Chisholm authored a book, titled Vivid Experiences in Korea. If you can find or borrow a copy, it is well worth the reading. A few copies show up on the used book market from time to time.

God tells His people to call upon Him. He tells us to come before His throne with our needs. And He promises to hear our prayers.

“Call unto me, and I will answer thee, and shew thee great and mighty things, which thou knowest not.” (Jer. 33:3).

[Dr. Chisholm died on September 17, 1977. Our account today is freely adapted from portions of the eulogy delivered in memory of Dr. Chisholm by Dr. Louis M. Barnes at the Valley Presbyterian Church in North Hills, CA on September 20, 1977.]