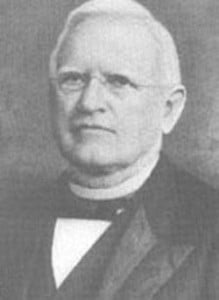 Our post today is authored by Barry Waugh, who currently serves as church historian for the Second Presbyterian Church of Greenville, South Carolina.

Charles was born in Charleston, South Carolina to James S. and Mary Stillman on March 14, 1819. He attended Oglethorpe University in Georgia and received his degree in 1841. He then received his divinity degree from Columbia Theological Seminary in 1844 and proceeded to be licensed by Charleston Presbytery later that year. The Second Presbyterian Church of Charleston provided the opportunity for Charles to exercise his ministerial gifts until 1845. In 1845 he was ordained by Tuscaloosa Presbytery to receive a call to the Presbyterian Church in Eutaw, Alabama where he served until 1853. Remaining in Alabama, Rev. Stillman received a call to be the pastor of the Gainesville church where he ministered until 1870. It was in 1863, while he was at Gainesville, that Charles received the Doctor of Divinity degree from the