January 13: Designed to Give Him All Glory

The Main Purpose for Life 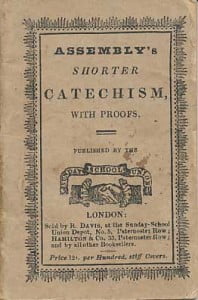 It seems there are noteworthy people and events to point to for every day of the calendar. But for this day of January 13, we would instead like to turn our attention to the magnificent answer of our Confessional fathers in The Westminster Shorter Catechism, Question no. 1. — What is man’s chief end?  Answer: Man’s chief end is to glorify God and to enjoy him forever.

The framers of this short answer were concerned about the ”chief” end of man.  There could, and should, be other purposes for both faith and life.  Indeed, every person, and certainly every Christian, should be aware of these purposes as they relate to life in the home, vocation, the church, and society at large.  When changes come into your life, such as a birthday, anniversary, a new calendar year, or even the anniversary of conversion, a time of self-examination is afforded to assess progress in fulfilling these purposes.  But in and through all of these milestones, this all-encompassing chief purpose should be your guide.

The first aspect of your chief and highest aim in life is “to glorify God.”  Paul reminded the Corinthian Christians, “whether, then you eat or drink or whatever you do, do all to the glory of God.” (1 Corinthians 10:31 NASB)  And that prince of Bible expositors, John Calvin, further defines this glory of God by stating that “the glory of God is when we know that He is.”  But beyond seeing the divine glory in the revelation of Who He is as Creator and Redeemer, we are also given an answer as to how are to respond in our glorification of God.

Jesus prayed in His high priestly prayer, “I glorified Thee on the earth, having accomplished the work which Thou has given me to do.” (John 17:4)  Jesus reflects on his ministry, considering how He had fulfilled His eternal purpose in coming to earth.  Likewise, our chief end in glorifying God is to finish the work which God’s Spirit has called us to do, in the home, our calling in life, through the church, and in society at large.

Our other chief purpose in life is to enjoy God forever.  The psalmist Asaph meditates on this aim when he wrote, “Whom have I in  heaven but Thee? And besides Thee, I desire nothing on earth.” (Psalm 73:25) We are to delight in our God on earth as we shall do in heaven.  That translates out to delighting in God’s Word, the Bible, by  worshiping Him publicly and privately, enjoying His day, the Christian Sabbath, set aside for Him, and fulfilling our calling as spiritual sons and daughters of God in the family, our calling in life, through the church, and in the world at large.

Words to Live By:  By memorizing this answer, the reader will be able to do a quick check of this chief purpose in the words, thoughts, and actions of his/her life.  Use this time of reflection in some meditation, then prayer, and then action to resolve to glorify God and enjoy him this day, tomorrow, the next day, and into the next week, month, and year. 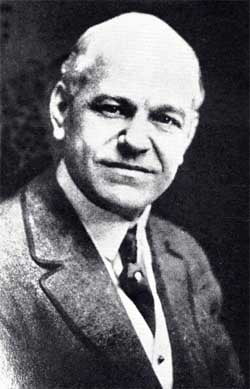 Through the Standards: The day of worship

W.C.F. 21:7
“As it is the law of nature, that, in general, a due proportion of time be set apart for the worship of God; so, in His Word, by a positive, moral, and perpetual commandment binding all men in all ages, He has particularly appointed one day in seven, for a Sabbath, to be kept holy unto him; which, from the beginning of the world to the resurrection of Christ, was the last day of the week; and, from the resurrection of Christ, was changed into the first day of the week, which, in Scripture, is called the Lord’s Day, and is to be continued to the end of the world, as the Christian Sabbath.”