So it was thought by the pulpiteers of the late nineteenth century, and thus our title today. This description fit the Rev. Ethan Osborn, one of the early pastors of the Fairfield Presbyterian Church, located in Fairton, New Jersey, and organized in 1680.

Born in Litchfield, Connecticut in 1758, Ethan Osborn was born to Christian parents and given a Christian education, taking his place as one in a family of nine children.  When the Sabbath came as the first day in each week, young Ethan was in public worship.  Like many covenant children, he attended simply out of obedience to his parents.  But as the boy became older, the Sabbath became a most welcome day.  He began to practice secret prayer and by the time he entered college, he had received the Savior by grace, through faith alone.

College for Ethan was Dartmouth, beginning there at the age of seventeen. The American Revolution was at full tilt during his college years so that in the middle of it, he became a soldier at age eighteen.  It was a very hard year for the young enlistee as the Continental Army was being pushed around all over the eastern seaboard in 1776.  Ethan clearly saw the providence of the Lord in that, becoming sick one month, he was caused to miss a battle in which his regiment was captured with the result that only four of those captured made it through the brutal imprisonment.  He returned to collegiate life soon after the war, graduating in 1784.

With no theological school around (Princeton Seminary did not begin until 1812), he studied for three years under experienced pastors. Called to one church, he was led to delay it until December 3, 1789, when he was called to the Old Stone Church, as it was known then, as their pastor. For the next fifty-five years, he with warm biblical expositions and faithful shepherding of the people of God, became known as “Father Osborn.”

Even though he would retire when he turned eighty-six years of age, he continued his ministry, preaching once when he was ninety-seven years of age. He went to be with his Lord in 1858 at age ninety-nine years, eight months, and ten days. 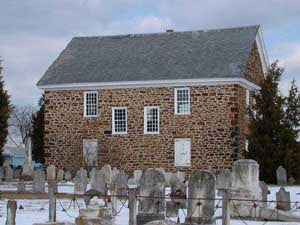 The church today is affiliated with the Presbyterian Church in America, and is the oldest Presbyterian church of that denomination.

Words to live by:
Of Ethan Osborn, it was said that he was THE pastor of the Old Stone Church, a church which had been established so early in this land, well before our American Revolution. And while we might marvel at old buildings and the echoes of the past, what is more remarkable still is a continued faithful adherence to the gospel by the pastors, faithful elders, and families that have made up this congregation for now three centuries and more. All praise and glory to our Lord and God who preserves His people in righteousness, for His sake. 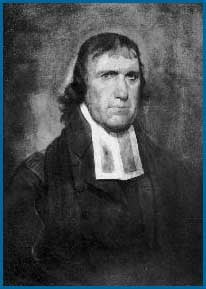 After his military chaplaincy years, he served for seven years the Scotch-Irish members of the Big Spring Presbyterian Church in present day Newville, Pennsylvania. His ministerial call took him next to the Maryland as the principal of an academy for four years. It was on May 1, 1789, that he was elected as the first chaplain of the United States House of Representatives, which met in New York that year, then moving to Philadelphia in 1790, and finally relocating to Washington, D.C. in 1807.