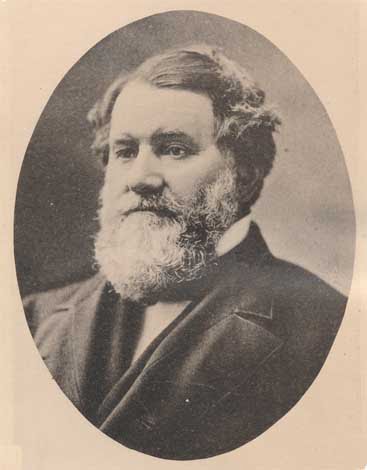 All the spiritual ground was prepared by his godly parents, and grandparents, and ancestors. He came from a Scotch-Irish heritage of Covenanters who had stood for King Jesus in the old country of Scotland and Ireland. Being persecuted for the old faith was part and parcel of the life which they lived and died for in the “Killing Times” of the mother country. Young Cyrus, born on February 15, 1809, had the spiritual upbringing of both the Bible and the Westminster Shorter Catechism. He was a spiritual product of the theology of Martin Luther, John Calvin, and John Knox. The twin truths of the sovereignty of God and the responsibility of man were stamped into his character.

Words to Live By: Cyrus McCormick’s favorite Bible passage was Romans 8:31 – 39.  That is our application, or words to live by portion for today. Turn to it now and read the gracious promises of the elect of God.

Through the Scriptures: Leviticus 20 – 23

Through the Standards: Proof Texts of Special Providence

Genesis 2:16, 17
“And the LORD God commanded the man, saying, ‘You may surely eat of every tree of the garden, but of the tree of the knowledge of good and evil, you shall not eat, for in the day that you eat of it you shall surely die.'” (ESV);

Hosea 6:7
“But like Adam they transgressed the covenant; there they dealt faithlessly with me.” (ESV);

Image source: Frontispiece portrait from A History of The McCormick Theological Seminary of the Presbyterian Church, by Le Roy J. Halsey. Chicago: Published by the Seminary, 1893. Digital scan from a copy preserved at the PCA Historical Center.