29 January, 2016 in Uncategorized by archivist | No comments

“I am killed; but don’t tell your mother.” 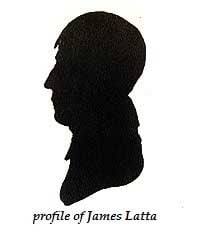 Odd Now to Consider:
On the 28th day of May, 1762, the Second Presbytery of Philadelphia was set off by the Synod from the Presbytery of Philadelphia. This consisted of five ministers, of whom Mr. Latta was one; and they were all strenuous advocates of what was called the Old Side. It appears from certain dissents and protests, in 1766, when an ineffectual attempt was made in Synod to reunite the two Presbyteries, that this Second Presbytery had been formed on the elective affinity principle, as its members professed to be conscientiously opposed to the practice of examining candidates for the ministry on their experimental acquaintance with religion, which the Synod had approved of; and had declared that sooner than remain in a Presbytery which pursued that practice, they would break off from all connection with the Synod.

More on his Death:
Dr. Latta laboured on in the ministry, until very near the close of life. In December, a month before his decease, he attended a meeting of his Presbytery at New London, twenty miles from home. The circumstances of his death, as related by one of his daughters, were as follows:—Riding to church one Sabbath with his daughter Mary, he was thrown from the carriage, and falling on his head, he was somewhat stunned. He observed to her,—-“I am killed; but do not tell your mother.” He proceeded to church, preached with some difficulty, and returned home. He soon after fell into a sleepy, comatose state, until his daughter, the next day, alarmed, related to her mother what had happened. Help was immediately called in, but in vain. He continued a few days, almost insensible, and then died.