Though reared in a Christian Presbyterian home in Albion, Maine, where the family emphasis was that of a religious obligation to help rid the world of sin in preparation for the Second Coming of Christ, young Elijah  Lovejoy did not receive the Savior during those years. Instead, he grew up on the family farm of the Rev. Daniel and Elizabeth Lovejoy, assisting in the tent-making ministry. In 1823, he attended Waterville College, where he was a serious student who made strides in journalism, so much that he became a tutor for many in his class. Graduating at the top of his class in 1826, he moved west to St. Louis, Missouri to raise up a high school and teach many children of the wealthy and important families of that city. Still however, he did not know the Master.

His relationship with God was to change in 1832 when the Rev. David Nelson held a series of revival meetings at the First Presbyterian Church of that city.  From the sound preaching of the Word of God, God’s Spirit regenerated his soul. That same year, he began to study at Princeton Theological Seminary back in New Jersey. The following letter from the Illinois State Historical Library, in Springfield, Illinois, tells of his spiritual state to his parents:

“So I am here preparing to become a minister of the everlasting gospel!  When I review my past life, I am astonished and confounded, and hardly know which most to wonder at, my own stupidity and blundering and guilt or the long suffering and compassion  of God. That He should have blessed me with such opportunities of becoming acquainted with his holy word — should have given me parents who in the arms of their faith dedicated me to them according to his gracious covenant, and who early constantly and faithfully and with many tears warned and entreated me to embrace the salvation through Jesus Christ, and not-withstanding all this, when he saw me hardening my heart, resisting the prayers of my parents and friends, grieving his Holy Spirit, counting the blood of the covenant into which I had been baptized an unholy thing, that He should have still borne with me, should have suffered me to here, and last given me season to hope that I have by his grace been enabled to return to my Father’s house, all this seems a miracle of goodness such as God alone could perform and far too wonderful for me to comprehend. I can only bow down my head and adore.”

Graduating early from Princeton, it was on this day, April 18, 1833, that Elijah Lovejoy was licensed to preach the gospel by the Second Presbytery of Philadelphia, Pennsylvania.  Leaving this city, he traveled back to St. Louis, where he began his ministry in Presbyterian churches of that western city.  Using journalism gifts, he became a powerhouse for the abolition of slavery, which eventually was to take his life by violent means in 1837.

Words to Live By:  When the good news of eternal life transforms a life by grace alone through faith alone, in Christ alone, then a new creation has come into existence.  It manifests itself not only by godly words but also in godly actions. Have you reader. have that religious experience in your spiritual life?

A Presbyterian Martyr in the Abolitionist Cause 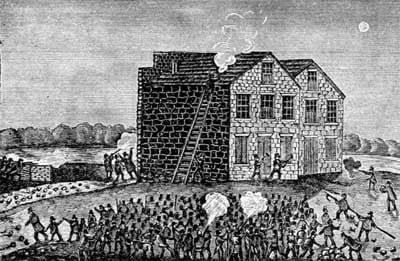 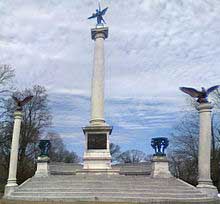 Through the Standards: Definition of baptism in the Larger Catechism

WLC 165 — “What is Baptism?
A. Baptism is a sacrament of the New Testament, wherein Christ has ordained the washing with water in the name of the Father, and of the Son, and of the Holy Ghost, to be a sign and seal of the ingrafting into himself, of remission of sins by his blood, and regeneration by his Spirit; of adoption, and resurrection and everlasting life; and whereby the parties baptized are solemnly admitted into the visible church, and enter into an open and professed engagement to be wholly and only the Lord’s.”