It was on this day, July 25, 1989, that the Rev. James Erskine Moore, one of the founding fathers of the PCA, passed on to his eternal reward. Two accounts will serve here to paint a good portrait of “Mr. Moore”, as the Rev. Vaughn Hathaway always respectfully refers to him. The first, shorter account is one drawn from Vaughn’s memory. The second and longer account is from the Rev. Rollin Keller, a retired OPC pastor in California. His recollection of Mr. Moore was first posted on his own blog, at http://rolliesword.blogspot.com/2013/03/james-e-moore.html 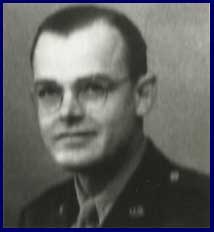 There are several turning points in everyone’s life.  Some you recognize right away, but most you appreciate more as time gives a better perspective.  One of those turning points in my life was found in the person of the Rev. James Erskine Moore.  He became my pastor shortly after I became a Christian, and he taught me the distinctives of the Reformed faith, right from the Bible.

In the providence of God I met this man at the funeral of my beloved uncle Walter Saumert.  I vividly remember Mr. Moore reciting from memory I Thessalonians 4:13-18 as though God was speaking to me directly. The episode was dramatically enhanced by the fact that, as a new Christian, I had not yet read much of the Bible.  The fact that this was the first time death had struck down someone I loved also increased the impact of the moment.  God was working.  Anyone who knew Jim Moore will also understand that he had a flair of unaffected drama in his preaching and recitations.

Again I must attribute to divine providence the fact that my father decided the family needed to move about that time, and our move put us in the same area as the Westminster Orthodox Presbyterian Church and its pastor, the Rev. James E. Moore.  My mother and I began to attend the church, and that is when I first joined the O. P. C.

It was at this church that I came—albeit kicking and screaming—to be convinced of predestination.  Here also I was to meet the spunky girl who became my dear wife.  Barbara had been taught much of this good stuff, growing up in the home of an OPC minister, but in God’s timing we were both prepared to grow under the ministry of Jim Moore in our understanding of Christ and his church.  Barbara and I both were impressed with Mr. Moore’s preaching, but his manner required some acclimation.  He had an engaging, conversational style, and his voice was pleasant.  His vocabulary and syntax invited our thoughts to follow him easily.  But he flexed his jaw with certain words that made it appear he was trying to hold his teeth in his mouth.  This was most memorable when he pronounced the word “chuch” (or at least it sounded like that to me). It took at least one full sermon, more for others, before one could actually hear the message without distraction. Once acclimated, however, we were strongly edified by this dear man’s preaching.

The church was very small, and the youth group was accordingly small.  The Moore’s son, David, his sister Gwladys Ann, John Molloy, Dorris Stegemeier, Barbara and I were the regulars.  In addition there were some occasional visitors. Younger kids included Katie Moore (now Mrs. Yaegashi, a missionary in Japan). David Moore served many years as a missionary in Japan also, and now uses his Japanese language proficiency to serve as a translator for emergency calls with the phone company.

Jim Moore made his home a friendly and inviting place for us all.  His beloved wife, Maglona, was no small part of this pleasant environment.  They always had ice cream to dispense, and we habitually played “up Jinx” (a team game which included slapping a quarter on the table in stealth so as to keep the opposing team from guessing which hand lay upon the quarter).

Sometimes we sang hymns in this home, sometimes we had prayer.  It was in the Moore home that I first met Professor John Murray.  Mr. Murray was in the area to deliver a series of lectures to Fuller Seminary on the subject of Christian ethics.  Those lectures were later published as Principles of Christian Conduct.

Mr. Moore taught us to be careful Sabbatarians.  He had definite convictions about the church and that the Bible only knows of two perpetuating offices.  As a brash new Calvinist I once made comment about a minor baseball injury, being glad that was over, but Mr. Moore chided me not to make light of providence.  He was indeed a man of propriety and integrity, and a man of firm convictions.  Unfortunately it was his conviction that it was sin for me to get married before I attended seminary that drove a wedge between us.  We never experienced as close a relationship after that.  But we respected each other to his dying day.

He was brought into my life at an important time, and God used the Rev. James E. Moore to bless my life immeasurably when I needed him.

One of Rev. Moore’s favorite hymns, by Henry Alford (and best sung to the tune Gresham), paints a wonderful picture of the hope that stands before us, secure in Christ our Saviour:—

Ten thousand times ten thousand in sparkling raiment bright,
The armies of the ransomed saints throng up the steeps of light;
’Tis finished, all is finished, their fight with death and sin;
Fling open wide the golden gates, and let the victors in.

What rush of alleluias fills all the earth and sky!
What ringing of a thousand harps bespeaks the triumph nigh!
O day, for which creation and all its tribes were made;
O joy, for all its former woes a thousandfold repaid!

O then what raptured greetings on Canaan’s happy shore;
What knitting severed friendships up, where partings are no more!
Then eyes with joy shall sparkle, that brimmed with tears of late;
Orphans no longer fatherless, nor widows desolate.

Bring near Thy great salvation, Thou Lamb for sinners slain;
Fill up the roll of Thine elect, then take Thy power, and reign;
Appear, Desire of nations, Thine exiles long for home;
Show in the heaven Thy promised sign; Thou Prince and Savior, come.

http://nethymnal.org/htm/t/e/tenttent.htm
or
as performed by Indelible Grace