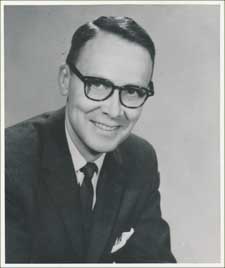 Edmund Prosper Clowney met his Lord face to face on Sunday, March 20, 2005, having passed into glory at the age of 87. He was survived by his wife of 63 years, Jean Wright Clowney; by his five children: David Clowney, Deborah Weininger, Paul Clowney, Rebecca Jones, and Anne Foreman; by twenty‑one grandchildren; and by eleven great grandchildren.

Born in Philadelphia, on July 30, 1917, Ed received his B.A. from Wheaton College in 1939, a Th. B. from Westminster Theological Seminary in 1942, a S.T.M from Yale University Divinity School in 1944, and a D.D. from Wheaton College in 1966. Ordained in the Orthodox Presbyterian Church, he served as pastor of several churches from 1942 to 1946 and was then invited to become assistant professor of practical theology at Westminster Theological Seminary in 1952. He became that institution’s first president in 1966, and remained there until 1984, when he took a post as theologian‑in‑residence at Trinity Presbyterian Church (PCA) in Charlottesville, Virginia.

In 1990 Ed and Jean moved to Escondido, California, where Ed was adjunct professor at Westminster Seminary California. In 2000, he took a full‑time position as associate pastor at Christ the King Presbyterian Church (PCA) in Houston, Texas. After two years, he moved back to Charlottesville, where he once again became part‑time theologian‑in‑residence at Trinity Presbyterian Church. He remained in this role until his death.

Ed was a compassionate counselor; a devoted servant of Jesus Christ, his Word, and his church; a peacemaker; and a true visionary. He dreamed for Christ’s kingdom and was instrumental in the birth or furtherance of such ministries as the Reformed Theological Seminary in Aix‑en‑Provence, France; Westminster Seminary California; Trinity Church, Charlottesville; the Lausanne Conference; InterVarsity ministries, both in the United States and in England; and “The Westminster Ministerial Institute,” an inner‑city training program for pastors in Philadelphia, out of which the Lord developed the Center for Urban Theological Studies. He also had a life‑long interest in children’s Christian education materials.

In material written in 2002 for the publisher of one of his books, Ed revealed his creativity and educator’s heart: “The biggest job of my life was the production of the Vacation Bible School materials for [the original] Great Commission Publications [in the 1950s]…I had valuable assistance [from a number of people]…I wrote and illustrated the workbooks for children and the manuals for the teachers for the grades up to junior high….To strengthen my figure drawing, I [had] attended Saturday classes in the Chicago Museum school of art for two semesters.” 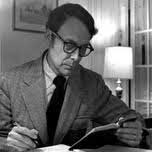 Ed will be supremely remembered by many as a preacher, perhaps the most gifted proponent and practitioner of redemptive‑historical preaching of this generation. He was unique in his ability to pick up the threads of redemptive history and to weave a rich expositional tapestry that brought Christ in all his perfections and glory before God’s people so that they were drawn to love and worship the Redeemer.

He was also a faithful churchman, serving first in the courts and many committees of the OPC and then in the courts and several committees of the PCA. He was a tireless proponent of improvement in the inter-church relations among the conservative Presbyterian denominations in this country. He had a significant role in the genesis of the “Joining and Receiving” process whereby the Reformed Presbyterian Church, Evangelical Synod joined the PCA in 1982.

His writing displays the great theme of his life, namely Christ’s presence in the whole of Scripture and his present work in the church. His books include Preaching and Biblical Theology, Called to the Ministry, Christian Meditation, Doctrine of the Church, The Message of I Peter, The Unfolding Mystery, and Preaching Christ in all of Scripture. Some of these titles have been translated for the benefit of the worldwide church. His last book, How Christ Transforms the Ten Commandments, was accepted by his publisher only days before his death. 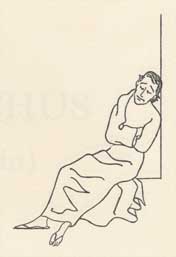 Ed left behind a legacy not only of written books and articles, but a great number of sermons and lectures, as well as magazine columns such as the humor column “Eutychus and His Pin” for Christianity Today and Bible studies for Tabletalk. His sense of humor and his love for people left a mark wherever he went. In the last week of his life, one attending nurse, laughing as she left his room, exclaimed, “What a sweet man!” Those who knew and loved him would agree. His tender‑hearted encouragement and wisdom will be greatly missed, but his work will be established by his Master who has now welcomed him with those reassuring words: “Well‑done, good and faithful servant, enter now into the joy of your Lord!”

[The above tribute was compiled at the time of Dr. Clowney’s death by Ms. Mindy Withrow, Associate Director for Communications of Westminster Theological Seminary in Philadelphia, PA, with additional material from Rev. Bill Johnson. Used by permission.]