From a small collection of juvenile literature at the PCA Historical Center, the following artwork is from a Scottish publication titled THE MORNING WATCH, dated 1910. The caption reads: 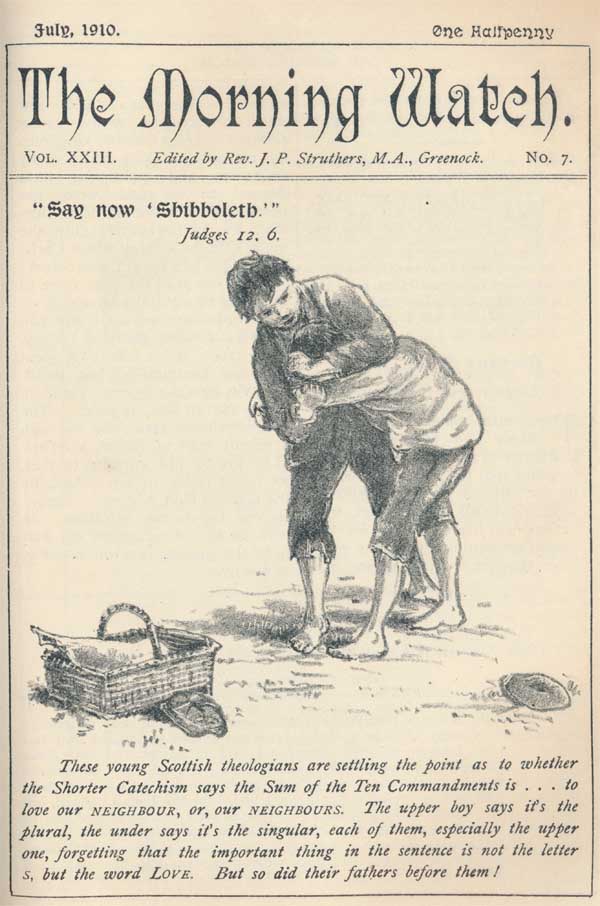