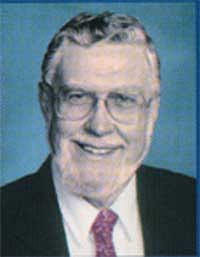 Words to Live By: “Seeing that His divine power has granted to us everything pertaining to life and godliness, through the true knowledge of Him who called us by His own glory and excellence.” (2 Peter 1:3 NASV)

Through the Standards:  The work of creation

WCF 4:1
“It pleased God the Father, Son, and Holy Ghost,  for the manifestation of the glory of His eternal power, wisdom, and goodness, in the beginning, to create, or make of nothing, the world, and all things therein whether visible or invisible, in the space of six days; and all very good.” 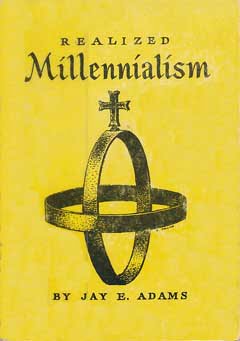 The earliest published work by Rev. Jay E. Adams that we could locate was titled “Does God Disown His Children?,” a brief exploration of the doctrine of the perseverance of the saints, which appeared in the May 1955 issue of The National Missions Reporter (vol. 8, no. 4, p. 13-14). His first major publication was Realized Millennialism, a self-published work issued from St. Louis, 87 pages in length. This was essentially a defense of the amillennial position, though it caused some controversy, as some saw it as an attack upon the premillennial position. But Dr. Adams real mark upon the world came with the 1970 publication Competent to Counsel, and it is safe to say that most know him today for his work in the field of Christian counseling, specifically for the approach which he has termed nouthetic counseling. Dr. Adams presently heads up the Institute for Nouthetic Counseling, and his ministerial credentials have been with the Associate Reformed Presbyterian Church since December 5, 1989.

Also on this date:
January 30, 1912 marks the birthdate of Francis A. Schaeffer. [thus making this year the 100th anniversary of his birth.]