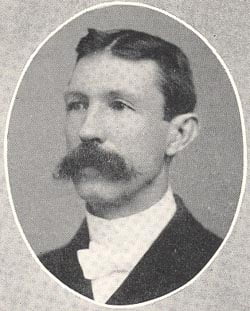 On this day, January 24, in 1851, the Rev. James Landrum Reed and his wife Elizabeth became the proud parents of a baby boy whom they named Richard Clark Reed. Richard was later educated at King College and prepared for the ministry at Union Theological Seminary in Richmond, Virginia. Graduating from Union in 1876, he was ordained by Memphis Presbytery and went on to pastor churches in Virginia, North Carolina and Tennessee before being called to serve as a professor at Columbia Theological Seminary in 1898. A true pastor-scholar, he was well suited to this post, and the remainder of his years were spent teaching at Columbia, until his death in July of 1925.

In 1914, Dr. Reed had returned from attending the General Assembly of his denomination. What follows is a portion of his review of that Assembly, and it is interesting for dating a change in the conduct of the Southern Presbyterian Assembly, from that of a more deliberative body to something more akin to a business model. The Assembly had been in the habit of meeting for nine days, and now had, since 1912, been meeting for only six. Here Rev. Reed complains of the hurried nature of the Assembly and the resulting lack of patient, reasoned debate. Elsewhere we have noted that on one occasion, in 1880, the Rev. John L. Girardeau spoke at length for two hours on the floor of the Assembly. More remarkable still, the Assembly paid attention to his every word!

The fifty-fourth General Assembly of the Presbyterian Church in the United States, met in the Central Church, Kansas City, Mo., May 21, 1914, and was dissolved at 3:30 P.M., Thursday, May 28th. This is the third Assembly in succession which has limited the span of its life to six working days. These precedents will probably have the force of law for the future. Time was when the Assembly had to rush its business toward the close, in order to dissolution by the end of the ninth day from date of organization. The volume of business has increased rather than diminished. The recent Assemblies have shortened the time not by covering less ground, but by increasing the speed. The liberty of speech has been abridged. it has come to pass that by the time a speaker gets fairly launched, the cry of “question,” “question,” warns the speaker that further effort to get a hearing for his views will be useless. Age and distinguished services do not secure immunity from such discourtesy. The Assembly is ceasing to be a deliberative body, and coming to be an organization merely for business routine.

Obviously, our Assemblies are inoculated with the speed-madness of the age. It could hardly be otherwise. The members, who compose the Assembly, are accustomed by the use of the telephone, rapid transit, and other time-saving devices, to dispatch business at a rate that would have made a former generation dizzy. The speed at which we live is constantly increasing, with the result that we are growing more and more restless. The slightest delay is irksome. The train that pulls into the station ten minutes late creates almost a mob-spirit in those who have been constrained to lose so much of their precious time. When men, who live and move and have their being in an atmosphere charged with the frenzy of hurry, come together in a General Assembly, it is not surprising that they should begrudge every minute that does not show a decided progress in the calendar of business. They are not in the habit of having time to spare. Speech-making is not business, rather it is a clog on the machinery, and the less of it the sooner the members can record their votes and get at something else. The moderator is a good moderator in proportion as he rushes the grist through the mill.

Click here to read the remainder of this excerpt.

Words to Live By:
If only Dr. Reed could have seen the breakneck speed of our lives! Some people seem to thrive on it, but I think we all need times of peaceful quiet, though it can be very hard to come by. Why not begin to carve out a time each day when you will turn off the TV, the radio and all the many devices, and set your priorities for the day? And what better way to set the standard for the day than by getting alone with God in His Word and in prayer? Notice how often Jesus went out early in the morning, by Himself, to pray. Could we have any better example?  I admit it is a discipline, but rising a bit earlier to have that time alone with God is worth it. “My voice shalt thou hear in the morning, O Lord; in the morning will I direct my prayer unto thee, and will look up.” (Psalm 5:3)