December 30: To God Be All Glory

In All that We Say and Do, Let Us Live to His Glory.

Last year, when we could not tie some Presbyterian event or person to a given date, we had recourse to the Westminster Shorter Catechism. On this day last year, the following was our post, and it seems pertinent this year as well. We pray that all that we have done with our posts has in fact been to the glory of God. May God’s kingdom be firmly established throughout the world. May each of us rest in His grace and prayerfully, obediently seek to be used for His glory.

Remember when this writer said that many Presbyterian people must  have been taking a sabbatical in December?  Well, on this day of December 30, we conclude our substitute study  on The Lord’s Prayer with the last phrase of this prayer. The last Shorter Catechism question [Q. 107] asks, “What doth the conclusion of the Lord’s prayer teach us?” And the answer given is “The conclusion of the Lord’s Prayer, which is, For thine is the kingdom, and the power, and the glory, forever. Amen. teaches us to take our encouragement in prayer from God only, and in our prayers to praise him, ascribing kingdom, power, and glory to him; and in testimony of our desire and assurance to be heard, we say, Amen.”

David in 1 Chronicles 29:10-13 prayed, “So David blessed the LORD in the sight of all the assembly, and David said, ‘Blessed are You, O LORD God of Israel our father, forever and forever. Yours, O LORD, is the greatness and the power and the glory and the victory and the majesty, indeed everything that is in the heavens and the earth; Yours is the dominion, O LORD, and You exalt Yourself as head over all.  Both riches and honor come from You, and You rule over all, and in Your hand is power and might; and it lies in Your Hand to make great and to strengthen everyone. Now therefore, our God, we think You, and praise Your glorious name.’”

All these are arguments to enforce our petitions.  And please notice that they are all based on God, on His works of creation and redemption, on Him alone. You will find no man-made encouragements in this Old Testament text. The conclusion, whether if was truly there originally or not, is God-centered, and whether we use the specific words, or simply other words in our pleading with God, it is a right and noble conclusion to the Lord’s Prayer.

Words to live by:  Our pleading with God must never be based upon our merit, of which we don’t have any in the first place anyhow, but only on the mercy of God. He and He along must receive the praise, and truly His is the kingdom or dominion. His is the power and authority. His is the glory and majesty. May all our prayers, even our most mundane requests, have the glory of God as their greater goal. Amen, and amen. 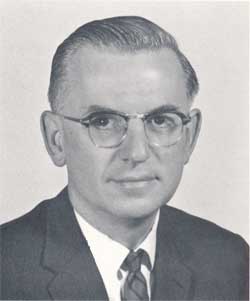