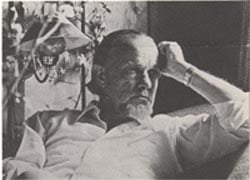 The Rev. Dr. Francis A. Schaeffer, having successfully communicated the Gospel of Christ to the Christian world and to the world in general, and having stressed by his books and verbal proclamation the practical outworking of the Gospel in the daily life of man, is hereby memorialized by the Philadelphia Presbytery of the Presbyterian Church in America as a true and faithful servant of the Lord.

Dr. Schaeffer’s stand for the truth encourages us all, these years after his original commitment, to teach and preach the contents of the inspired and inerrant Word of God, to stand firmly for all our God has revealed to us, and to spread it through our society and our world effectively as He enables.

Mrs. Edith Schaeffer later wrote in reply, thanking the Presbytery for their formal statement on his life and work, and noting that she was keeping their letter with the many other letters, telegrams and documents received from all over the world, upon Dr. Schaeffer’s death.

Note: While the PCA Historical Center does have preserved among its collections the Minute Book of the Philadelphia Presbytery (BPC), those minutes only begin in 1939, and so we are lacking a copy of the minutes for the meeting at which Dr. Schaeffer was ordained..

Words to Live By:
This author [TE David Myers] can still remember, when as a young boy of eight or nine years of age, Francis Schaeffer and his wife Edith came to the Army installation at Dachau, Germany, where my father was the installation chaplain, for a series of evangelistic services.  (And yes, it was that Dachau which was infamous for a World War II concentration camp.)  In the shadows of that place of horrors in the little  chapel which had been built by SS soldiers after the close of the war, the good news of salvation was proclaimed by the fullness of the Spirit to a spiritually hungry body of American occupation troops, with souls and hearts being won to Christ and strengthened in the things of the Lord.  Written memorials are better than nothing, but living memorials which are found in the souls of men and women are the best memorials of Francis and Edith Schaeffer.  They will continue on the spiritual legacy which he so faithfully began in days gone by.  Praise the Lord for the ministry of Francis (and Edith) Schaeffer.