In 2005, Solid Ground Christian Books did a great service in reprinting three volumes of William Buell Sprague’s Annals of the American Pulpit. The three volumes selected for reprinting were the Presbyterian portion of that set, and they have been a great help in preparing some of the posts that you have been reading. In the last of those three volumes, some coverage was given to pastors of the Associate Reformed Presbyterian Church, and today we look at the brief life of the Rev. Moses Kerr, quoting from Sprague’s work:

Moses Kerr, the third son of the Rev. Joseph Kerr, D.D., was born in St. Clair, Pennsylvania, on the 30th of June, 1811. Naturally of a serious and thoughtful cast of mind and manifesting in very early life decided piety, his education was directed, from the first, with a view to qualifying him for the sacred ministry. He was the first of the family to enter upon a classical course. But, in a short time, signs of failing health led to a suspension of his studies and thoughts of some other calling less trying to a feeble constitution. He was induced to devote himself, for a time, to preparation for mercantile life. For this he had no taste, and it soon proved as unfavourable to his health as his application to study had previously done. He then engaged in ordinary farm work, and in this he appeared to grow strong; and, feeling now that he had the prospect of comfortable health, he again turned his attention to the profession on which he had first set his heart. He now entered the Western University of Pennsylvania, in which he prosecuted his studies without interruption until he was honourably graduated in 1828. In the fall of the same year he began the study of Theology in the Seminary then under the care of his father. He had completed one session and entered upon a second, when his father died. He finished his theological course under the instruction of the Rev. Mungo Dick, a learned and excellent Minister, who consented to take charge of the students of the Synod of the West until a professor to succeed Dr. Kerr could be formally chosen.

He was licensed to preach as a probationer for the holy ministry by the Presbytery of Monongahela, on the 28th of April, 1831. The same year the First Congregation of Allegheny was organized, and he was chosen its first Pastor. He accepted this call on the 24th of April, 1832, and, from this date, preached to this congregation, until the fall of the same year, a short time before the meeting of Presbytery, at which it was expected he would be ordained and installed. But when the Presbytery met, he returned the call, on account of a hemorrhage of the lungs, which made it necessary for him to refrain from public speaking, he knew not how long. The Presbytery released him from his acceptance of the call to that particular congregation, but proceeded with his Ordination to the office of the ministry. This was on the 9th of October, 1832.

Regrettably, the remainder of Rev. Kerr’s short life seems to repeat that pattern. He found times of service to congregations and as a teacher, but they were short periods interrupted by poor health. The Rev. Moses Kerr died on January 26, 1840, at the age of 28 years and 6 months. 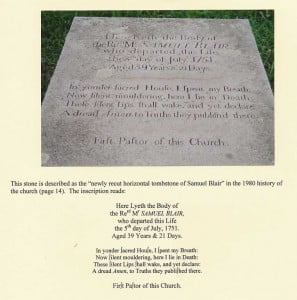