Home Religion was an Important Part of Colonial Presbyterianism

With tens of thousands of Scot –Irish Presbyterians coming to Cumberland County of Pennsylvania, various Presbyterian churches were organized in the seventeen hundreds in central Pennsylvania. One such congregation was Big Spring Presbyterian Church in Newville, just west of Carlisle.

After several pastors filling the pulpit, a call was extended to the Rev. Samuel Wilson on March 21, 1787.  After passing his ordination exams by the Presbytery of Donegal, Rev. Wilson was installed as pastor on June 20, 1787. It was said that his pastorate was one of activity and prosperity for the congregation. He would stay there for thirteen years until 1799.

Evidently, the gift of administration was possessed by Rev. Wilson. He composed long lists, listing the ages of all members and adherents. Dividing them into districts, Samuel Wilson assigned a ruling elder over each district. These elders, among other duties, had the ministry of visiting each family and adherent on an annual basis. These were no social times. Pastor Wilson had given to each elder, and those family members underneath their oversight, various questions of understanding, complete with catechisms to memorize from the Westminster Standards. We have two samples of questions upon which the annual visits would ask and expect answers.

In Ruling Elder John Carson’s district, the first book of the Bible was the focus.  His questions were: 1. Who was the penman of Genesis?  When was it written? What length of time does its history contain?; 2. What are the principal doctrines and events?; 3. What do you understand by creation, and is it a work peculiar to God only?; 4. What seems to be the order of creation and what is the work of each day?; 5. What are those called who do not acknowledge divine revelation?  What objections do they offer against Moses and how are their writing confuted?; 6. What rational arguments can be offered in favor of Moses, that his mission was from God and his writings were of divine inspiration?; 7. What Scriptural prophecies have been fulfilled, and what at present is fulfilling or yet to be fulfilled?  After these questions were to be discussed by each family, there was to be an examination upon the ninth chapter of the Confession of Faith!  Elder Carlson had 24 families in his district.

Elder William Lindsay had seven questions given by Pastor Wilson to his flock of members. They were: 1. What are the different kinds of faith in Scripture?; 2. What are the marks of true faith?; 3. Where does saving faith lie in assent or consent?; 4. What reason would you assign why no actions are acceptable to God, but such as flow from faith?; 5. Will it then follow, that wicked and unregenerate persons may as well transgress the law, as endeavor the observance of it? 6. Must we turn from sin in order to come to Christ by faith?  7. Seeing faith is the act of a believing soul, in what sense is it said to be the gift of God? After these questions were asked and answered, Chapter 8 of the Confession of Faith was discussed.

Biblical Christianity was to be practiced not only within the four walls of the Church, but also inside the houses which made up the homes of Presbyterian families.  And spiritual elders were to be the spiritual overseers of each family.

Words to Live By: Pray for the elders of your church, that they might shepherd aright the church of God, which He has purchased with His own blood. How comfortable would you be if similar type questions were asked of your family in an elder’s visitation? Do you feel that such Scriptural exams would be profitable to your family? The local church specifically? What might you do to suggest such an approach to the people of God?

The True Meaning of Separation of Church and State

Four months after the Declaration of Independence was presented to the fledgling country, Hanover Presbytery in Virginia presented a memorial on October 24, 1776 on the subject of the free exercise of religion.

On the one hand, there was stated in the memorial the realization that “the gospel does not need any such civil aid.”  These Presbyterian teaching and ruling elders recognized that the Savior declared that His kingdom was not of this world, and therefore renounced “all dependence upon state power.” Our Lord’s weapons, this mother of all southern presbyteries, stated, “are spiritual and were only designed to have influence on the judgment and heart of man.”  Biblical Christianity will continue to prevail and flourish in the greatest purity by its own native excellence and under the all-disposing providence of God, as it was the case in the days of the apostles.

Then, they humbly petitioned their civil counterparts by saying, “we ask no ecclesiastical establishments for ourselves, nor can we approve of them when granted to others.”  In other words, let there be no state or national church in this new republic, such was the case in England, and for that matter, in Virginia up to this time, where Anglicanism was the religion of the state.  ”Let all laws,” they said in their appeal to the General Assembly as it met for the first time, “which countenance religious domination be speedily repealed, that all of every religious sect may be protected in the full exercise of their several modes of worship.”  Every church then “will be left to stand or fall according to merit, which can never be the case so long as any one denomination is established in preference to others.”

Words to live by:  In our day and age, this separation of church and state has been misinterpreted to mean the separation of God and state.  So there is a constant effort to erase any mention of the God of the Bible from our local, state, and national arenas of life.  From the removal of the Ten Commandments in monuments to the hindrance of placing cradles of the baby Jesus at Christmas time on courtyards to religious jewelry like crosses being forbidden by workers — all this is being done supposedly on the basis of the separation of church and state. Christians must be vocal in denouncing such opposition and correcting the misinterpreting of the slogan in the minds and hearts of America.  Let us not be silent in this. We must be more theologically correct than politically correct. 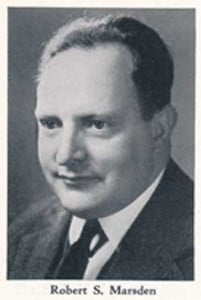