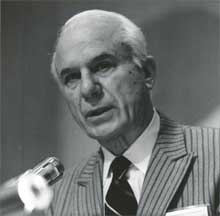 Chronological bibliography—
1933
A Study of the Factors of Persuasion in the Sermons of Charles Haddon Spurgeon.  [Los Angeles] University of Southern California, 1933 . Microform, 72 l.

Contents:  Does the soul survive death?; What are they doing in heaven?; Is there such a place as purgatory?; Is hell real?; Will Christ return to earth in person?; What must occur before Christ comes again?; How will Christ return?; Will the dead literally be raised to life?; Will there be a Millennium?; Why is a final judgment necessary?; The New Heavens and the New Earth; What made that Friday good; Easter privileges.

Marshall, James Williams; Robert Strong, editor, The Presbyterian Church in Alabama : a record of the growth of the Presbyterian Church from its beginning in 1811 in the eastern portion of Mississippi Territory to the centennial of the Synod of Alabama in 1936.  Montgomery, Ala. : Presbyterian Historical Society of Alabama, 1977.  xii, 493 p.; ill.; map; ports.; 24 cm.  [PCAHC]

Last year we wrote of the founding of the Presbyterian Ministers Fund on this day, January 11, in 1718. Rather than cover that ground again, and lacking some other significant Presbyterian event or person for this day, it seems good instead to turn to Leonard Van Horn’s commentary on the Westminster Shorter Catechism.

Rev. Van Horn was born in 1920, educated at Columbia Theological Seminary, and pastored churches in Georgia, Mississippi, Tennessee and New Mexico. He also served as a professor at Reformed Theological Seminary. His work on the ruling elder remains in print, but his series on the Shorter Catechism has, regrettably, never been published. It was originally issued in the form of bulletin inserts, and the PCA Historical Center is pleased to have a complete set of these inserts.

Questions:
1.    What is the meaning of the word “end” in this question?
The word means an aim, a purpose, an intention. It will be noted that the word “end” is qualified by the word “chief”. Thus it is noted that man will have other purposes in this life but his primary purpose should be to glorify God. This is in keeping with the purpose for which man was made. It is when we are alienated from God that we have the wrong end or purpose in view.

2.    What does the word “glorify” mean in this question?
Calvin tells us that the “glory of God is when we know what He is.” In its Scriptural sense, it is struggling to set forth a divine thing. We glorify Him when we do not seek our own glory but seek Him first in all things.

3.    How can we glorify God?
Augustine said, “Thou hast created us for Thyself, O God, and our heart is restless until it finds repose in Thee.” We glorify God by believing in Him, by confessing Him before men, by praising Him, by defending His truth, by showing the fruits of the Spirit in our lives, by worshiping Him.

4.    What rule should we remember in regard to glorifying God?
We should remember that every Christian is called of God to a life of service. We glorify God by using the abilities He has given us for Him, though we should remember that our service should be from the heart and not simply as a duty.

5.    Why is the word “glorify” placed before “enjoy” in the answer?
It is placed first because you must glorify Him before you can enjoy Him. If enjoyment was placed first you would be in danger of supposing that God exists for man instead of men for God. If a person would stress the enjoying of God over the glorifying of God there would be danger, of simply an emotional type of religion. The Scripture says, “In Thy presence is fulness of joy. . . .” (Ps. 16:11). But joy from God comes from being in a right relationship with God, the relationship being set within the confines of Scripture.

6.    What is a good Scripture to memorize to remind us of the lesson found in Question No. 1?
“As the hart panteth after the water brooks, so panteth my soul after thee, O God. My soul thirsteth for God, for the living God: …” (Ps. 42:1,2a). This reminds us of the correct relationship for the Christian, looking unto Him. It is there we find our ability to glorify Him and the resulting joy.

THE PRIMARY CONCERN OF MAN
It is a fact to be much regretted that the average Christian who gives allegiance to the Westminster Standards is a Christian that many times leaves out the living of these Standards in the daily pursuits of life. It is good to believe, it is good to have a creed in which to believe. But there is much harm that can result from believing in a creed and not living it day by day. From such an existence we arrive at a low tone of spiritual living and the professing believer becomes cold, formal, without spiritual power in his life.

We should always recognize that the first lesson to be learned from our catechism is that our primary concern is to be of service to the Sovereign God. Our Westminster Shorter Catechism does not start with the salvation of man. It does not start with God’s promises to us. It starts with placing us in the right relationship with our Sovereign God. James Benjamin Green tells us that the answer to the first question of the Catechism asserts two things: “The duty of man, ‘to glorify God.’ The destiny of man, ‘to enjoy Him.’ ”

It is to be regretted that though we have inherited the principles of our forefathers, in that their Creed is still our Creed, so many times we have failed to inherit the desire to practice their way of living. Many people will attempt to excuse themselves here by stating that we live in a different age, that the temptations and speed of life today divert us from spiritual things. But no matter what excuses we might give, the Catechism instructs us right at the outset that our duty is to glorify God, such is our chief purpose in life. All of us need to note the valid words of J. C. Ryle in regard to our Christian living: “Where is the self-denial, the redemption of time, the absence of luxury and self-indulgence, the unmistakable separation from earthly things, the manifest air of being always about our Master’s business, the singleness of eye, the high tone of conversation, the patience, the humility that marked so many of our forerunners . . . ?”

May God help each of us to stop right now, read again the first question and answer of our Catechism, and pray to God that in the days to come our primary concern might be that we will live to His glory. It is not difficult for us to know the characteristics of such a life. The fruits of the Spirit in Galatians 5 are plain enough.

Words to Live By:
Given our comments in yesterday’s Words to Live By, it seemed quite appropriate today to touch on this first question from the Catechism. Dr. Van Horn’s summary statements, above, are particularly apt.