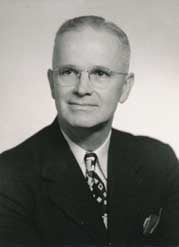 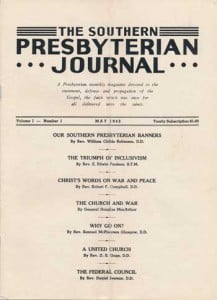 The Greatest Divine of the South

When the great Southern theologian died on August 1, the South was winning her independence from the Union.  But it was only one year into the War Between the States.  In 1862, James Henley Thornwell succumbed to tuberculosis at age 50.  Three years later, his beloved Confederacy would be a defeated people.  He didn’t live to see that defeat and feel that sorrow.

James Thornwell, as our title puts it, was the greatest divine of the South. Biblical philosopher, Calvinistic theologian, and Old School Presbyterian defender—all these descriptions characterized Dr. Thornwell.  He believed in principle rather than expediency.  And his writings continue today in both North and South.

We will think again of him when we come to his birthday on December 9, but when he was 20 years old, he came to Christ, making a public profession of faith.  Determined from that time forward to enter into the field of theology, he began to study first up north, and then in his beloved South, where the weather was better suited to his nature.  Due to a scarcity of preachers, even before he finished seminary, he was able to be licensed and ordained two years after his salvation.  Other than a few years in the pastorate, he became a teacher at South Carolina College, serving there for the next 18 years, with only a couple of intervening calls for a short time.

Active in the church government of his chosen church, he was chosen in his young age of 34 years to be Moderator of the General Assembly. Truly his leadership gifts were outstanding for this to happen.  It had not happened before or since to someone this young.  When the northern assembly became a political agency in the eyes of Southern Presbyterians in supporting the Federal government of President Abraham Lincoln in 1861, Thornwell became the guiding light for the Presbyterian Church of the Confederate States of America.  He  wrote and published the Address to all Churches, which stated why they as the Old School Presbyterians of the South could no longer be a part of the Old School Presbyterians of the North.   He would pass on to glory  in the next year.

Words to Live By: What saith the Scriptures?  It was said that this question, and subsequent answer, was the all-embracing rule of Thornwell’s faith and life.  Regardless of how we stand on the great national issues of the Civil War,  this question must be our key standard for believing and living.  How often do you go to the Bible to guide your thoughts, words, and actions? Since it is our rule for faith and life, your answer must be all the time. And yet before it can be so, you must know the Bible.  That is why there is in this historical devotional reading a through-the-Bible plan of reading God’s Word.  Don’t skip it.  It is the most important part of this  devotional.

Click here for an 1862 newspaper report on the death of James Henley Thornwell.

Through the Standards: Proof texts of the sixth commandment:

Genesis 9:6
“Whoever sheds the blood of man, by man shall his blood be shed, for in the image of God has God made man.” (NIV)

1 John 3:14, 15
“We know that we have passed from death to life, because we love the brothers. Any who does not love remains in death.  Anyone who hates his brother is a murderer, and you know that no murderer has eternal life in him.” (NIV)