July 14: The Certainty of the World’s Conversion

As is our habit this year on TDPH, on each Lord’s Day we look to post a sermon (or a reasonable facsimile thereof).  Also, since it is Sunday, hopefully our readers will have more time to read these longer entries, and we trust you will find them profitable.  The text of today’s post is permanently posted in PDF format at the PCA Historical Center’s web site, here. 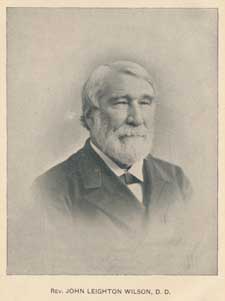 No doubts are entertained in relation to what the Bible teaches on this subject.  The mass of Christians believe, or profess to believe, that “all the ends of the earth shall see the salvation of God.”  But the overwhelming magnitude of the work fills the mind with doubts and skepticism, and leads many to abandon the missionary cause, as a visionary and hopeless work. END_OF_DOCUMENT_TOKEN_TO_BE_REPLACED